Addressing gender inequality is an absolute must to stem HIV 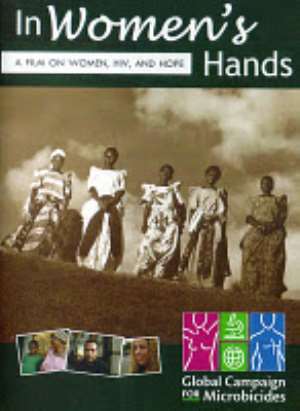 (CNS): Two films, "Diamonds" and "In Women's Hands" were screened by CNS in Lucknow on Saturday, 26th November, 2011, in the lead up to World AIDS Day, 1st December 2011, and to mark 16 Days of Activism against Gender Violence, which is an international event seeking gender equality in society, and lasts through November 25 (International Day against Violence against Women) to December 10 (International Human Rights Day) every year, to emphasize that gender-based violence is not merely a women's issue but it is a fundamental issue of violation of human dignity and human rights.

Both films address the issue of domestic violence and gender inequality which continues to put millions of women and young girls at an increased risk of infections such as HIV among other undesired outcomes. They also document the inherent strength and resilience in women who are positively alive with HIV and convey a strong message of hope.

'DIAMONDS' is a documentary film based on the personal narratives of four women living with HIV, which forms part of a book by the same name (authored by an HIV activist Susan Paxton) about ten women and one girl who are HIV-positive. Like diamonds, formed under tremendous pressure to become the strongest and most brilliant natural substance on earth, these women have overcome incredible challenges to become leaders in their communities. In this documentary, Neri (from Philippines), Kiren (from Malaysia), Huyen (from Vietnam) and Pharozin (from Cambodia) talk of their life's struggles, and challenges, the fear of being shunned by society, of eventually accepting themselves as positive women, and ultimately emerging as winners and advocates for people living with HIV and as powerful voices in the global dialogue on AIDS. Their lives carry a powerful message of hope and empowerment.

The documentary film 'IN WOMEN'S HANDS' captures the dilemmas of women living in a world of AIDS - women who face the growing risk of HIV with limited options to protect themselves. All around the world, unprotected sex with a long term partner is the number one risk factor for HIV infection in women. They are more likely to contract HIV from a single unprotected sex act than men, yet are unable to protect themselves from HIV without the cooperation of their male partners. Women need prevention methods that are under their direct control. Men-who-have-sex-with-men (MSM) and transgender populations also struggle to negotiate condom use with their insertive partners while having rectal or anal sex, thereby putting themselves at a heightened risk of contracting HIV among other STIs. Insisting on using condom use can also risk putting women or MSM or transgender populations at risk of violence. Prevention options for STIs including HIV need to be developed sensitive to the needs of populations who are least likely to use or negotiate the use of existing prevention methods. Existing HIV prevention methods such as male or female condoms provide bidirectional protection to both partners engaged in the sexual act.

The film "In Women's Hands" captures the need for the research and development of microbicides. According to the World Health Organization (WHO), microbicides are compounds that can be topically applied in the form of a cream/gel inside the vagina or rectum to protect against sexually transmitted infections (STIs) including HIV. They are not yet available and currently under research and development.

The development of microbicides is seen as a key to empowering women to protect themselves from HIV. Women are biologically more vulnerable to the transmission of STIs and many cultural and economic factors compound this vulnerability. Millions of women live in societies that permit them no role in sexual decision-making, that condone male infidelity and assign the burden of shame and stigma associated with infectious diseases to women. Existing preventive strategies have largely failed to address this vulnerability, focusing on abstinence, mutual monogamy and male condom use, none of which are easily controlled by women.

Vaginal or rectal microbicides are also likely to fail until both partners who engage in sexual act understand and respect the need to protect themselves against HIV and other STIs. Not only do women or MSM or transgender populations need preventive options that they can choose to use freely to protect themselves, but the gender inequalities that make it harder for them to insist on safer sex must be addressed too. In this way they will be able to protect not only themselves, but also their partners from avoidable infections.

Both the films highlight the link between gender-based discrimination and HIV/AIDS. Globally, HIV/AIDS disproportionately affects women, and the incidence of HIV/AIDS among women is rising. In 1997, 41 per cent of HIV infected adults were women. In 2009, out of the 33.3 million people around the world living with HIV/AIDS, 50% (16.6 million) were women. This feminization of HIV/AIDS is a worrying trend.

The HIV epidemic in India, first recognised in 1986, is now just under 25 years old and is counted among the most serious public health problems in the country. India carries the largest burden of HIV after South Africa (5.5 million) and Nigeria (2.9 million). It is estimated that around 2.3 million people in India are living with HIV. Of these, an estimated 39% are female and 3.5% are children. As HIV transmission in India is largely through heterosexual contact, the infection rate for women is increasing, and the low economic and social status of women continues to be a barrier to preventing new infections.

However, a new report by the Joint United Nations Programme on HIV/AIDS (UNAIDS), released on 21st November, 2011 shows that India has witnessed a decline in new infections by a significant 56% between 2006-10, which is a welcome sign indeed. India has 4.48 lakh HIV positive patients on the lifesaving anti-retroviral therapy (ART) at present, against the target of 3.4 lakh. Yet, as of now, only 20%-40% of the eligible HIV population was actually receiving ART - one of the lowest HIV treatment coverage in the world. Also, less than 40% of pregnant women had access to ART to prevent new HIV infections among children. Latest researches have proved that in the case of HIV/AIDS, treatment is prevention, and that those on ART are not only able to keep their own disease under control, their chances of transmitting the virus and infecting others is drastically reduced. So it is essential that all those who are in need of it, are brought under ART, and those receiving it continue to do so. The governments will have to ensure that drug stock outs do not occur for want of finances or faulty supply systems, or for any other reason, so that treatment adherence is not compromised.

The discussions that followed the screening of the two films, acknowledged that along with women empowerment, men need to be de-conditioned from their age old and traditional patriarchal role in society and become more sensitive towards the mental and physical needs of their female partners. It was strongly felt by the audience (which was an interesting mix of journalists, educationists, social activists, people working with high risk groups such as MSM, FSWs, IDUs, homeless children, women who have faced violence, young entrepreneurs among others) that there should be more commitment on the part of government to implement its public health programmes, and more community participation to ensure availability of, and adherence to quality treatment.

According to the UNAIDS estimates, there are now 33.3 million people living with HIV, including 2.5 million children. During 2009 some 2.6 million people became newly infected with the virus and an estimated 1.8 million people died from AIDS. It is therefore imperative for the global community to work together to achieve universal access to HIV prevention, treatment and care in order to have "Zero new HIV infections, Zero discrimination, and Zero AIDS-related deaths." (CNS)

Shobha Shukla - CNS
(The author is the Managing Editor of Citizen News Service (CNS). She is a J2J Fellow of National Press Foundation (NPF) USA. She has worked earlier with State Planning Institute, UP and taught physics at India's prestigious Loreto Convent. She also co-authored a book (translated in three languages) "Voices from the field on childhood pneumonia" published in November 2011. Email: [email protected], website: http://www.citizen-news.org)