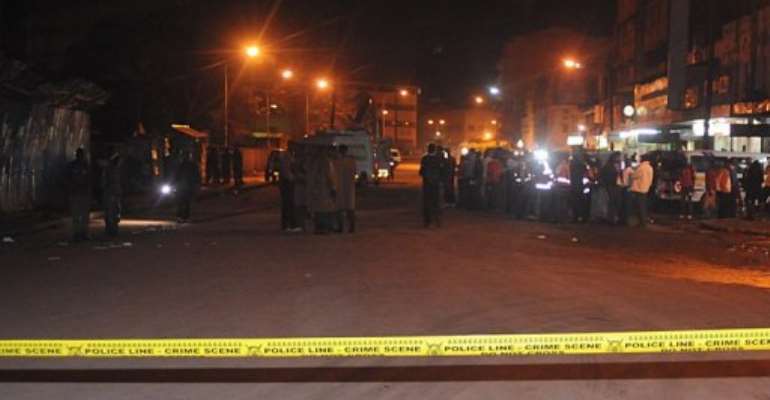 Kenyan investigate a grenade attack in October. Two new attacks near the border with Somalia have killed three people. By Simon Maina (AFP/File)

One explosion in the local Holiday Inn killed two people while another in a street killed a third, a local police officer who asked not to be named told AFP, adding that 12 of the injured were in a serious condition.