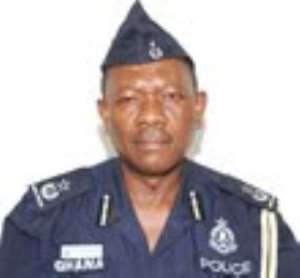 Accra, Nov 23, GNA - Mr Peter Wiredu, Director of the Ghana Immigration Service (GIS) said 3876 cases of document fraud were reported while 1017 persons were intercepted at the Kotoka International Airport for various immigration offences between 2008 and 2010.

He said undocumented migration had risen in the past ten years with migrant smuggling and trafficking becoming part of the profitable branches of organised crime.

Mr Wiredu disclosed this at the closing ceremony of a two-day workshop on Anti-Human Smuggling and Trafficking for 50 trainees from the GIS, Bureau of National Investigations and the Customs Division of the Ghana Revenue Authority in Accra.

The workshop which was organised on Tuesday in Accra, was sponsored by the European Union, the United Nations outfit on Drugs and Crime (UNODC) and the GIS.

Mr Wiredu said smuggling involved the facilitation of illegal border crossing or residence in another country with the complicity of the migrant.

He noted that there had been reports of cases of migrants drowning in unsafe vessels or suffocating to death in overcrowded truck compartments and ships or being victimised for revealing information about smuggling gangs.

He explained that the phenomenon did not happen in isolation but linked to other international organised crimes such as drugs and arms trafficking, Human Trafficking, terrorism and money laundering.

He expressed appreciation of the fact that experts of the UNODC had begun equipping the Service and its stakeholders with knowledge, skills and tools to deal with the menace of human smuggling and related irregular migration.

Ms Morgane Nicot, Associate Expert for UNODC said the goal of the workshop was to effectively disrupt organised irregular migration activities and smuggling of migrants in the country.

She said the fight against migrant smuggling needed to be combined with evidence-based knowledge for policy-making, adequate legislation, inter-agency coordination and international cooperation.

Ms Nicot noted that criminal justice was only one facet of the response to migrant smuggling, adding that effective action required a comprehensive approach which meant addressing the underlying issues of migration and development.