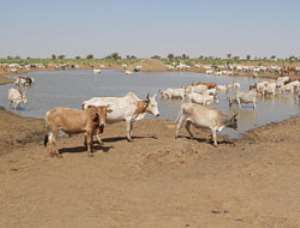 The development of people or humans  in the world is  expected to increase as the years goes by, however, due to environmental issues, and how people choose to live their lives, bearing in mind that with every action they take concerning the environment, it has a future consequence on people around them. Human development is all about expanding the livelihood of people, in terms of freedom, to cope with the environment in a positive manner.

If people of the world really want to make the world a better place to live for generations to come, there is the need to understand the link between environmental sustainability and equity. According to the United Nations report on human development for 2011, there have been remarkable progresses in human development over recent decades. The report aims at taking a bold step towards the reduction of environmental risk and inequality in the world.

According to the Administrator of United Nations Development Programme (UNDP), Helen Clark, as a way of the UN achieving its aim on human development, the report identifies pathways for people, local communities, countries and the international community to promote environmental sustainability and equity in mutual reinforcing ways.

What is Human Development?
The report defines human development as the expansion of people's freedom and capabilities to lead lives that they value and have reason to value. It is about expanding choices. Freedom and capabilities are a more expansive notion than basic needs. Many ends are necessary for 'good life' ends that can be intrinsically, as well as instrumentally, valuable. According to the report, promoting human development requires addressing sustainability. Locally, nationally and globally, this should be done in ways that are equitable and empowering.

It continues that one sure way of sustaining human development is by way of sustaining environmental sustainability. The UN report indicated that environmental sustainability was often focussed on whether human made-capital can substitute natural resources constraints, as in the past. Disadvantaged people are the central focus of human development; they include people in the future who would suffer the most severe consequences of risks arising from activities today.  By means of sustaining human development, there was the need to expand the substantive freedom of people today, while making reasonable efforts to avoid seriously compromising those of the future generation. The 2011 report further presented the Human Development Index (HDI) values and ranks for 187 countries, and recognised territories along with the inequality-adjusted HDI for 134 countries, and the gender inequality index for 146 countries

What is Human Development Index (HDI)
HDI is a summary measure for assessing long term progress in the three basic dimensions of human development – that is a long and healthy life, access to knowledge and decent standard of living. The report is primarily, based on international data from the UN population division, the UNESCO Institute for Statistics (UIS) and the World Bank. Income growth has been associated with deterioration in such key environmental indicators as carbon dioxide emissions, soil and water quality and forest cover. The distribution of income has worsened at the country level of much of the world, even with the narrowing of gaps in health, and educational achievements.

While empowering, on average, tends to accompany a rising Human Development Index (HDI), there was a considerable variation around the relationship. 'Around the world, rising HDI has been associated with environmental degradation, though the damage can be traced largely to economic growth. Globally, nearly 40% of land is degraded due to soil erosion, reduced fertiliser and overgrazing. Land productivity is declining, with estimated yield loss at 50% in most cases. Agriculture accounts for 70-85 percent of water use, and an estimated 20 percent of global grain production uses water unsustainably, imperiling future agriculture growth.

Desertification threatens the dry lands that are home to about a third of the world's people, and some areas like the sub Saharan Africa are particularly vulnerable, where the dry lands are highly sensitive and adaptive capacity is low. Many rural poor depend so much on natural resources for their income. Even people, who do not normally engage in such activities, may do so as a coping strategy during hardship.

Today, around 350 million people, many of them poor, live in or near forests, on which they rely for subsistence and income. Around 45 million people, at least 6million of them women, fish for a living, and are threatened by over fishing and climate change. To the extent that women in poor countries are disproportionately involved in subsistence farming and water collection, they face greater adverse effect of environmental degradation, the report stressed.

Ghana and HDI
In developing countries, which include Ghana, at least six people in 10 experience one of the above-mentioned environmental deprivation, and four in 10 experience two or more. Ghana's HDI value for 2011 is 0.54 in the medium human development category, positioning the country 135 out of 187 countries and territories.

Reproductive health is measured by maternal mortality and adolescent fertility rate; empowerment is measured by the share of parliamentary seats held by each gender, and attainment at secondary and higher education by each gender. Ghana has a GII value of 0.598, ranking it 122 out of 146 countries in the 2011 index. In Ghana, 8.3 percent of parliamentary seats are held by women, and 33.9 percent of adult women have reached a secondary or higher level of education, compared to 83.1 percent of their male counterparts.

Conclusion
Climate change is one of the greatest challenges of our time, likely to inequalities due to the uneven distribution of cost of damages, as well as necessary adaption and mitigation efforts. The United Nations Framework Convention on Climate Change (UNFCC) has several specific references to equity in its substantive provisions.

Thus, Article 3.1, which state: 'The parties should protect the climate system for the benefit of present and future generations of humankind, on the basis of equity, and in accordance with their common, but differentiated, responsibilities and respective capacities.

'Our commitment to tackle climate change does not rest only on the achievement and implementation of international agreements. Our commitment must be borne out by what we do at home,' according to the Minister of Environment, Science and technology, Ms. Sherry Ayittey.