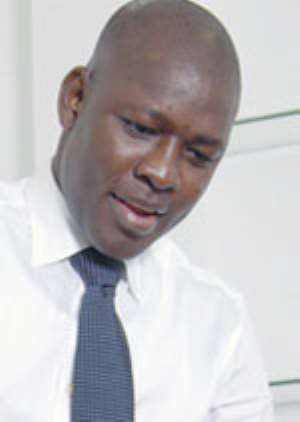 According to recent national   statistics, persons living with   disabilities (PWDs) number about 4.3 million, constituting a commanding 20 percent of the national population, but the majority of this group have often been limited to low skilled jobs, with others parading the streets as beggars.

Despite government interventions, such as a five percent District Assembly Common Fund allocation for persons living with disabilities, to help improve their living conditions, has been found to be insufficient, while its disbursement has often been fraught with many challenges.

As part of measures to find a sustainable way to improve their living conditions and equip them with changing global trends driven by technology, a project has been initiated to train 5,000 PWDs in the country, under the 'The Persons with Disability project.'

Launching the project in Accra yesterday, Vice President John Mahama reiterated the government's continuous efforts and programmes aimed at improving the living conditions of PWDs in the country.

He noted that the project initiative was borne out of a Cabinet approval of a Memorandum of Understanding with rlg Communications.

He further noted that as a social democratic government, its core business was to improve the living conditions of the citizenry, of which PWDs constitute an integral part.

He emphasised that the project was aimed at adding value to the lives of the trainees under the project, make them competitive in the job market, and also serve as a paradigm shift from long-held notions that PWDs are only good for low-skilled vocations such as such those existing in the craft industry in the country, stressing a common motivational saying that 'disability is not inability.'

Demonstrating government's commitment to seeking the welfare of PWDs, the Vice President directed that no permit should be given for the construction of any public structure – schools, shopping malls – which does not make provision for persons with disability.

Mr. Roland Agambire, Chief Executive Officer of rlg Communications, emphasised that the importance of the project brings respite to persons with disabilities in the country, and changing their living conditions and their respective communities.

According to him, the project 'marks the beginning of a tough, serious, challenging, but totally achievable journey to bring our brothers and sisters up to speed, with regards to skills acquisition and development in the world of Information and Communication Technology( ICT).'

Reiterating the fact that disability is never an inability or dysfunction, he said the government, in collaboration with rlg, was taking the initiative to prove that indeed, 'disability means differently able.'

He listed, to the inspiration of the gathering, mostly PWDs, a number of great people both home and abroad who, in spite of their physical challenges, defied the odds to achieve marvellous things for themselves, their communities, and society in general.

He also assured the government that his company would see the successful implementation of the project.

He noted that the company's institute of technology had trained many youth in the country and offered employment to them at various levels.

'With over 45 training centres spread across regional and district capitals all over the country, furnished with state-of-the-art training equipment, and with qualified and experienced training instructors, rlg Institute of Technology is most prepared to provide the best hands-on ICT training to enhance the skills of our stakeholders, and help them find jobs, or set them up as small ICT equipment repair business owners,' he assured.

What's So Special About NAM1 That Akufo-Addo Is Shielding Hi...
33 minutes ago