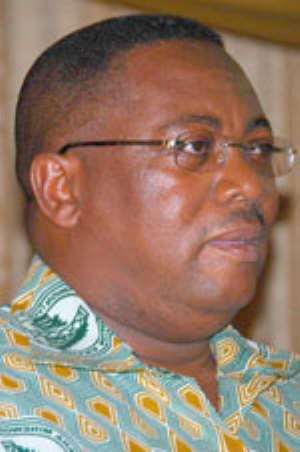 Members of the Ghana Mineworkers' Union (GMWU) of Ghana Trades Union Congress (TUC) have call for broader and consistent consultations of relevant stakeholders, including Ghana Chamber of Mines and the Minerals Commission in all decision making processes to enrich Ghana's mining industry.

The GMWU mentioned some of the areas of engagement as the formulation and implementation of policies regarding expatriate recruitment, skills shortage and bridging the wide income inequalities existing in the mining industry.

According to the union, there is a genuine skill shortage and skills expatriation in the mining industry of Ghana, because not many job seekers have the requisite skills required by mine employers, while the wide income inequalities has been promoting skills flight to other mining economies particular within the sub-region.

These were contained in a 19-point resolution adopted at the Ghana Mineworkers' Union 10th Quadrennial Delegates Conference held in Sunyani, in the Brong Ahafo Region.

The GMWU expressed concerned that poor job evaluation and rankings have resulted in an inequitable pay structure and unfair working conditions in the mining industry. In view of this, the Union would engage managements of mining companies to establish fair, equitable and transparent job evaluations systems that assign employees to right salary scales as per the worth of the jobs they do.

NEW WAGE POLICY
The resolution also called for a new wage and salary policy through bipartite consultations to bridge the wide income inequalities that exist in the mining industry.

The GMWU concerned about the huge expatriate recruitment for skills that are available in Ghana and its associated high cost of retention, urged the government to enforce the law that promotes succession training plan, capacity building and skills transfer to local employees.

Acknowledging that foreign direct investment is crucial for job creation and economic growth, the GMWU noted that the Ghana Investment Promotion Centre in its quest to woo investors into the country should desist from portraying to potential investors that it is inexpensive to invest in Ghana, particularly with regards to income levels.

According to the union, this results in payment of low wages and salaries on the part of these investors to very qualified Ghanaians.

The GMWU worried that the Ghana is losing out in mineral revenue due to the only 10 per cent government mandatory shares in minerals operations as stipulated in Minerals and Mining Act, 2006 (Act 703), asked that the 10 per cent shares in mining companies in Ghana should be increased to 25 per cent.

In addition there should be further opportunities to procure additional 10 per cent shares in order to have a voice in the management of mining business. The delegates also emphasized that mining companies and other extractive industries must be made to pay special windfall profit taxes when commodity prices reach unprecedented peak in any given period.

They argued that revenue generated through such taxes could be used as a source of revenue to address the infrastructural deficit in the mining economies.

RATIFY ILO CONVENTION 176
The GMWU recognizing that it is imperative to prevent any fatalities, injuries or ill health affecting workers or members of the public, or damage to the environment arising from mining operations stressed the need for the government to speed up the ratification of ILO Convention 176 which deals with safety and health in mines to guarantee conformity to global occupational health and safety standards and also serve as a precursor to improving on the country's national mining laws.

The resolution affirmed that workers have a need for, and a right to information, training and genuine consultation on and participation in the preparation and implementation of safety and health measures concerning the hazards and risks they face in the mining industry.

The resolution indicated that mining economies and communities must benefit from the operations of mining proceeds through the provision of infrastructural development. In this regard, government should initiate a comprehensive infrastructural growth agenda to deal with the poor state of roads in mining areas such as Tarkwa, Bogoso, Damang, Huni Valley, Prestea, Bibiani and Obuasi.

It added that stakeholders' engagement will be appropriate to foster commitment and ownership in the process of establishing a fund of which 2 per cent out of 5 per cent royalty should be used directly for infrastructural development in mining communities.

The GMWU noted that since mining technology has shifted and not many people can be attracted into the mining industry, resulting in young unemployed youth engaging in dangerous and environmentally destructive activities such as 'galamsey' operations, it is important for

EXPEDITE ACTION ON LOCAL CONTENT
It called on Parliament to expedite action on the local content policy into legislation to enable indigenous businesses engage in economic activities in the extractive industries reserved mainly for foreign investors. The GMWU believes this will ensure that business opportunities are created for local businesses to invest in the extractive industry to grow indigenous businesses in Ghana.

Having recognized that Provident Fund and Social Security schemes alone would not provide sound and secured financial future for mineworkers due to the low income levels in the country, the GMWU 10th Quadrennial Delegates Conference tasked the Union leadership to ensure that the End of Service Benefit scheme is negotiated and restored in the Collective Agreement for its members to enhance their terminal benefits and secure their financial future.

The Union will also negotiate for a Housing Trust Fund to be established by mining companies to support the development and acquisition of affordable homes by mineworkers.

EXEMPT RENT AND OTHERS FROM TAX
Concerned that certain critical personal incomes intended to cushion employees are taxed, the GMWU has advocated that all critical incomes such as terminal benefits paid to retirees, rent, leave travelling allowances, school fees should be exempted from tax.

The GMWU resolution acknowledged that the Precious Minerals Marketing Company Limited is the only institution charged with the responsibility of shipping bullion outside the shores of Ghana to generate revenue for the State and control bullion shipment.

It however, called on the government to establish a mechanism to monitor the direct transactions and export of precious minerals by foreign and local dealers to ensure that all precious minerals are exported only through the Precious Minerals Marketing Company.