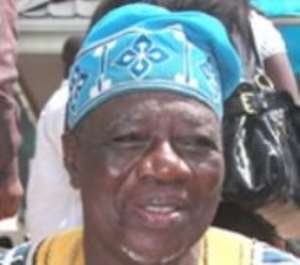 Three Stools in the Ga State were on Thursday elevated to paramount status at an colourful ceremony at the Gorggisberg Memorial Hall at Dodowa.

Their elevation followed the recommendations made by the Committee instituted by the National House of Chiefs to look into the merits or otherwise of applications for the elevation of some divisional stools in the Ga Traditional Area to paramountcies.

Speaking at the induction ceremony, Wulugunaba-Pugansoa, Naa Professor John Nabila, President of the National House of Chiefs, said it was gratifying that the problems which threatened the unity and harmonious functioning of the House, in the latter part of 2009, had been resolved amicably.

He said the House achieved a resolution through the establishment of two sub-committees in accordance with the 1992 Constitution, and the Chieftaincy Act, 2008, Act 759.

Naa Prof. Nabila, who is also a Member of the Council of State, commended the Dangme Chiefs for giving their complete and sincere support for the work of the second committee, chaired by Barima Offie Akwasi Okogyeasuo II, Kokofuhene, which was tasked to look into the merits or otherwise of application to elevate 12 divisional stools in the Ga Traditional Area.

He mentioned Abola, Akumadze, Asere, Gbese, Nungua, Osu, Otublohum, Sempe, La, Tema, Ngleshie Alate and Teshie, as those 12 affected stools, and said based on is findings, the committee was unanimous in recommending to the National House of Chiefs that six of the stools be restored or reverted to their previous status of paramountcies.

Naa Prof. Nabila said the committee recommended that separate traditional councils be established for the six traditional areas namely, Tema, Nungua, Teshie, La, Osu and James Town, which were to be restored to their independent status as paramount stools.

He added that the six divisions of Ga Mashie, namely, Asere, Sempe, Gbese, Otublohum, Abola and Akumadze, would remain as part of the Ga Traditional Council.

Naa Prof. Nabila expressed optimism that the Ministry of Chieftaincy and Culture, would help establish traditional councils for the elevated stools in accordance with the Constitution and the Chieftaincy Act.

Mr Emmanuel Adzei Anang, Member of the Council of State, said with the admission of the three paramountcies into the fold of the Greater-Accra Regional House of Chiefs, those paramount chiefs would bring their expertise and experience to bear on the activities and deliberations of the House so that it would become a force to reckon with.

Mr Anang urged the House to resolve the numerous chieftaincy litigations in the region, especially that of Teshie, his home town, regretting that “for the past 26 years, Teshie has been without a chief'.

Nii Armah Ashietey, Greater-Accra Regional Minister, called for peace and unity among people in the region, pointing out that without these pre-requisites, the region would continue to lag behind in development.

Welcoming dignitaries to the induction ceremony, Nene Abram Kabu Akuaku III, President of the Greater-Accra Regional House of Chiefs, said the induction of the three traditional rulers into the House, would help erase the perceived imbalance of paramount chiefs between the Dangmes and the Gas.

Nene Akuaku said with the induction, “whenever a Ga chief is elected as the President of this House, a Dangme chief will automatically be elected the Vice President, and vice versa”.

This system, he said, existed and worked very well between the Akans and the Ga Dangme who formed the Eastern Regional House of Chiefs.

He expressed the hope that their induction into the House would help strengthen the existing cordial and healthy relationship among members, and enhance their efforts to work even harder and find solution to the numerous chieftaincy disputes in the House.

After the function, subjects, friends, loved ones and relatives of the three paramount chiefs jubilated in support of their elevation.