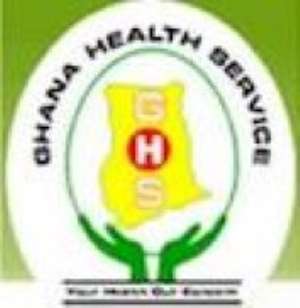 The Ghana Health Service in collaboration with UNICEF, has launched a new nutrition surveillance system as part of strategies being undertaken to improve on the nutrition situation in the region.


The initiative is to ensure the availability and utilisation of accurate and timely nutrition information that will bring about effective planning, design and implementation of curative and preventive nutrition programmes.


He said malnutrition was a direct result of insufficient food intake or repeated infectious diseases or a combination of both which, according to him, could result in increased risk to illness and death.


He pointed out that the Upper West Region was one of the regions with very high malnutrition rates especially among children under five.


He said all major causes of infant and childhood deaths in developing countries such as Ghana were associated with malnutrition, adding that if malnutrition was controlled, about 34 percent of under-five deaths could be prevented.


Dr Nang-beifubah urged players in the health sector to render their usual selfless support in order to make the new nutrition surveillance system a success.


Mr Chrisantus Dari, Regional Nutrition Officer, who made a presentation on behalf of Dr. Kofi Issah, Deputy Director of Public Health Services, said obesity was gradually becoming an issue of concern among women in the region.


This, he said, must be checked as it could pose serious health problems to those women.


He said percentages of under-five children who were stunted, wasted, and underweight in the Upper West Region stood at 24.6%, 13.9% and 13. 1% respectively, according to the Ghana Demographic Health Survey (GDHS) 2008.


At the end of the forum all the stakeholders agreed to collaborate effectively in order to make the new nutrition surveillance system a success.