Islamist Jebali to be Tunisian PM 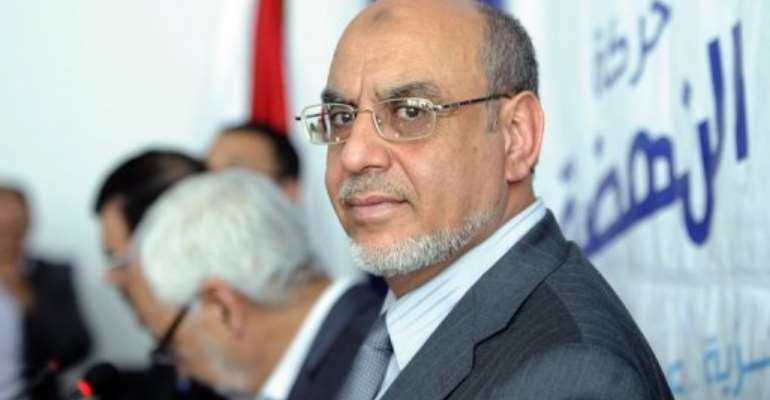 TUNIS (AFP) - Hamadi Jebali, of the Islamist Ennahda party, will be Tunisia's next prime minister, under a deal struck between the country's three main parties, a senior politician said.

Abdelwaheb Matar, a senior official in the Congress for the Republic party, said the parties had also agreed that his grouping's veteran rights activist and opposition politician Moncef Marzouki would become Tunisia's president.

Tunisians were voting for a 217-strong constituent assembly to draw up a new constitution and appoint the caretaker government until the country calls a general election.

Ennahda won the most seats, with 89.

It put forward Jebali for prime minister as it went into talks with the leftist Congress for the Republic, which won 29 seats, and Ettakatol, which won 20, over who should occupy the senior political posts.

But the deal is subject to the approval of the assembly itself, which holds its first meeting on Tuesday, he added.

The deal was also confirmed by a leading figure inside Ettakatol, who cautioned that the discussions about the prerogatives of the future leaders had not ended.

He said an official announcement on the nominations would be made "by Monday" as talks would continue over the weekend about sharing out portfolios in the government.

The first task of the constituent assembly is to draw up a new constitution for the country after the ouster of Ben Ali by a popular uprising on January 14. The new executive will run Tunisia until general elections are called.

Jebali, 63, an Islamist, spent more than 15 years in Ben Ali's jails. His candidature for the post of prime minister was announced by Ennahda a few days after the October 23 elections.

The Ennahda party, which vowed to pursue moderate policies after it won the elections, has provoked concern about its radical roots by evoking the caliphate and criticising single mothers.

Last Sunday, Jebali, the party's number two official, alarmed some by bringing up "the caliphate", an Islamic system of government based on sharia law.

Marzouki, another former opponent of the regime, is a 66-year-old doctor who spent 10 years living in exile in France before returning to Tunisia after the revolution. His party describes itself as being nationalist left.