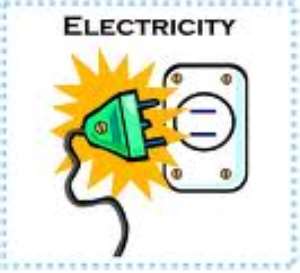 Takoradi , Nov. 18, GNA — The Western Regional Engineer of the Electricity Company of Ghana (ECG), Mr. Daniel Acquah Labi on Friday warned that the company would take drastic measures to recover GH¢ 50,466,364 owed the company by consumers in the region.

He said it was accumulated debts for over 10 years for non-payment of electricity bills by the consuming public threatening that defaulters would be prosecuted.

Mr. Labi was speaking at an “Electricity Stakeholders and Consumers Parliament” organized by the Energy Commission in Takoradi.

He mentioned frequent power outages as major challenge confronting the ECG and blamed this on constant cutting of cables by unscrupulous individuals.

The Regional Engineer indicated that the company had made some strides against cable theft by arresting some cable thieves and would be made to face prosecution.

“Fortunately or unfortunately some cable thieves were also electrocuted and we hope this will serve as a deterrent to others and minimize cable theft in the region”, he said.

Mr. Acquah said the company had purchased new transformers, cables, conductors, poles among other things to augment the equipment base of the company to ensure efficient power delivery.

“We have installed two new transformers at Takoradi Harbour and Mpintsin free zone enclave respectively to bolster power supply to those industrial areas for high productivity,” he noted.

The Regional Engineer indicated that the company was also replacing old bed conductors with covered conductors at various switch stations across the Region to forestall frequent power outages.

Mr. Solomon Sarpong, a Senior Technical Programme Officer at the Energy Commission, admonished power consumers not to hesitate to complain about poor quality of electricity supply to the ECG for adjustment.

“You should also make sure that there is availability of power supply to your households and contract certified electricians for wiring so that you can live at safe homes”, he added.

Mr. Leon Acquaye, Regional Manager for Public Utility and Regulatory Commission (PURC), impressed upon consumers to report issues of wrongful disconnection, billing, metering and any other issue about service delivery to his outfit for prompt action.