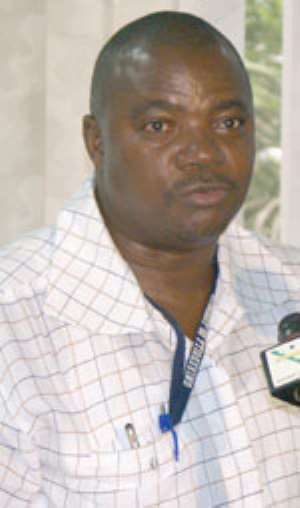 Government yesterday announced in its 2012 budget estimates that it is setting aside a whopping GH¢1 million for the establishment of the Media Development Fund.

Fund, according to the Finance and Economic Planning Minister, Dr. Kwabena Duffour, would be administered by a Board of Trustees, and is aimed at improving the professional output and competence of media organizations and personnel in Ghana.

The Minister said this when he was presenting the 2012 budget statement and financial policy of the government to Parliament yesterday. He added that donors and corporate organizations would be invited to contribute to the Fund.

This attracted smiles on the faces of journalists sitting in the media gallery.

Touching on public financial management reforms, Dr. Duffour hinted that the government has been undertaking reforms in this sector for the past 15 years, adding that while these reforms have yielded somersaults, some weaknesses still remain.

He said in the 2012 fiscal year, government will continue with the reforms to strengthen the current public financial management systems.

Notable among the reforms are the Ghana Integrated Financial Management Information System (GIFMIS), Programme Based Budgeting (PBB) and Wage and Payroll Management.

The overall objective of the GIFMIS project, he added, is to improve the allocation of scarce resources to enhance the effectiveness of service delivery. Significant progress has been achieved in the GIFMIS implementation.

In the fiscal year 2012, the remaining modules of the system will be rolled out to all the 23 Ministries in Accra and the 10 regional capitals, while the piloting of the fixed assets module will take place.

The Finance Minister mentioned that in line with the principle of equal pay for equal work, as enshrined in Article 24(1) of the 1992 Constitution, government will implement fully the Single Spine Pay Policy (SSPP) to address and eventually remove the remaining distortions and inequities in the public service remuneration.

He said as at October 2011, the Fair Wages and Salaries Commission had migrated 55 major public service institutions, representing 97% of the public service employees onto the single spine salary structure.

He, however, admitted that even though the migration exercise has resulted in a significant increase in the public sector wage bill, posing serious risks to fiscal sustainability, government is fully committed to the full implementation of the SSPP, to demonstrate their commitment to improving the welfare of public service workers in the country.

According to him, the Fair Wages and Salaries Commission will collaborate with the Management Development and Productivity Institute to undertake a productivity survey that will assist in promoting and enhancing efficiency and equity in the management of public service pay and also establish the linkage of public sector pay to productivity.

'Madam Speaker, government will accelerate IPPD migration and target its completion by mid-2012 once the single spine migration exercise is completed. Already, the migration of 103 out of 137 subverted agencies onto the Integrated Personnel and Payroll Database has been completed'.

He hinted that as part of the fiscal consolidation policy, government is undertaking a biometric registration of all pensioners and active employees on government payroll. The resulting database would be used for all future payments of wages, salaries and pensions in the public sector.

The exercise, according to him, has been completed in the Eastern, Volta, Central, Western, and Greater Accra regions indicating that some 29,563 representing 41% of all pensioners could not be accounted for, and can be described as ghost or non-existing pensioners.

The Minister explained that the NDC Government was saddled with huge payment arrears from contracts awarded during the pre-2009 period but through diligence and proper planning, substantial progress has been made in clearing the arrears.

'In the last three years, a total cash payment of GH¢3.1 billion has been made to reduce arrears owed to road contractors, statutory funds and state-owned enterprises, leaving a balance of GH¢1.5 billion, he stressed.'

He said governments are elected into office to perform three key fiscal functions; such as stabilization, redistribution and resource allocation. Over the years, these three functions have been controlled and executed at the center.

He hinted that in 2012, government will transfer the resource allocation function to the local authorities as a way of deepening fiscal decentralization and democratic governance at the grassroots in response to demand for local participation in decision making in resource allocation.

The minister pointed out that the introduction of the composite budget in 2012 is one major innovation in the budget presentation, which 'we should all be justifiably proud of. This indeed is in fulfillment of our pledge to implement a Fiscal Decentralization Programme to deepen democracy and improve public financial management at the local level.'

He said over the medium term, the main policy objective of their fiscal decentralization agenda is to establish a predictable and transparent fiscal framework that will facilitate smooth flow of resources to MMDAs as well as ensuring that the utilization of such resources takes place in an efficient, effective, transparent and accountable manner.