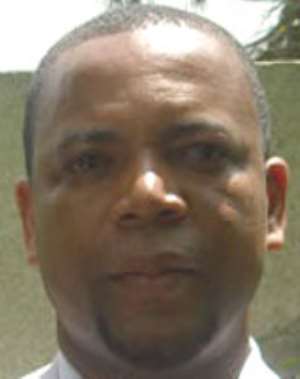 The Ho Municipal Chief Executive   (MCE), Mr. Isaac Kodobisah, says   funds are being sourced from the  Spanish government to provide potable drinking water for deprived communities in the area, to help address their water needs.

Mr. Kodobisah mentioned the Dzolo, Matse, Shia and Abutia communities as some of the areas earmarked, and other communities to be provided with potable water when funds for the project are secured, because water played a vital role in the lives of every person.

The Ho MCE, who was speaking at this year's Amu (Rice) festival of the chiefs and people of Avatime traditional area at Amedzofe in the Ho Municipality over the weekend, stated that the government had identified the crucial development challenges confronting communities in the area, and would take steps to address them.

Mr. Kodobisah said in view of the strategic position Avatime, and Amedzofe in particular, play in the socio-economic development of the area, the water project would be extended to Amedzofe, and assured the people that a number of development activities would be executed in addition to the numerous ones that had been completed.

He continued that the Assembly was working hard to promote rapid development in the Municipality, and called for cooperation from the people.

The Member of Parliament (MP) for Ho-West, Mr. Emmanuel Bedzrah, commended the people of Avatime for using the Rice festival to mobilise both human and material resources for development, as well as maintaining peace in the area over the years, which he pointed out, was a prerequisite for development in every community.

Mr. Bedzrah called on the traditional authorities to uphold and defend their traditional role as custodians of the land, and traditional values of society to ensure that the youth were not introduced to foreign cultural practices.

The Ho-West MP stressed that the issue of homosexual practices allegedly being introduced into the Ghanaian society, should be seen as a major challenge to society, particularly chiefs, who protect the cherished cultural practices of the country.

Mr. Bedzrah also touched on the poor performance at the Basic Education Certificate Examination (BECE) at the time the government was putting in place the necessary measures to ensure the establishment of the promised Volta University of Allied Health Sciences, saying the negative results in the academic performance in schools ought to be reversed.

He observed that the high number of failures in the region, particularly in science-related subjects, should be of a major concern to all stakeholders, because when the university was finally established, many of the youth, who are supposed to be enrolled, would be denied the opportunity.

The Paramount Chief of the Avatime traditional Area, Osie Adza Tekpor VII, called on the Crop Research Division of the Ministry of Food and Agriculture to help the people in the area with improved methods of rice cultivation that would help promote the cultivation of rice with enhanced environmental practices.

Osie Adza Tekpor pointed out that agriculture, particularly rice production, was high in the traditional area, hence the institution of the festival to draw attention to the importance of agriculture, and use the same platform to promote tourism activities that abound in the area.

The Paramount Chief said the people lauded the road construction activities going on, because it would promote economic activities in the area when completed.

Another concern raised by Osie Adza Tekpor was the creation of a district out of the Ho Municipality, as the only way to ensure rapid development in the Ho-West Constituency.

The Chief also noted that even though the transmitter of the Ghana Broadcasting Corporation (GBC) had been erected at Amedzofe, television reception in the area remained poor, and called on the authorities to help improve on the reception.