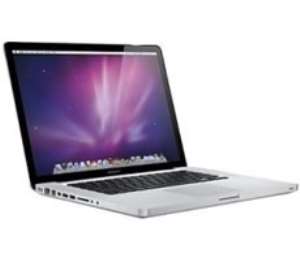 Apple could be getting ready to release a new 15-inch MacBook in March 2012, perhaps as part of a reported product overhaul, according to a DigiTimes report.

Companies in Apple's upstream supply chain have begun shipping components for an ultrathin notebook that DigiTimes speculates could be either a MacBook Air or a thinner MacBook Pro.

"Estimated by the product planning, mass shipments of the notebook device will start in March and could be cataloged in either the MacBook Air or MacBook Pro line," DigiTimes reported. The report notes that "Apple currently has three screen sizes for the MacBook Pro--13.3-inch, 15.6-inch and 17-inch."

The report would appear to add credence to months of rumors that Apple was developing a 15-inch ultrathin. Macrumors suggested that Apple was working on developing such a laptop, achieving the slimmer profile presumably by nixing the optical drive and perhaps even the hard drive as well.

Apple completely overhauled its MacBook Air line in October of last year, doubling down with both a 13.3-inch and smaller 11.6-inch model. DigiTimes reported earlier this month that Apple was planning to "overhaul" its iPhone, iPad, MacBook Air, and iMac during the course of next year.