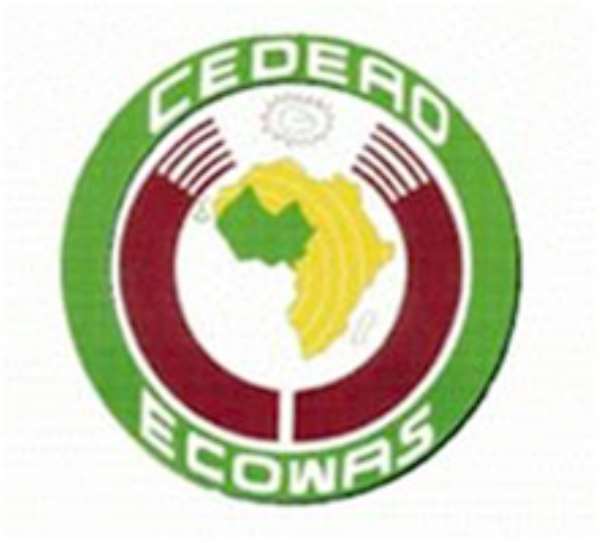 Accra, Nov 14, GNA - The ECOWAS Commission and Regional Stakeholders has begun a three-day retreat in Accra to undertake a comprehensive review of major programmes and activities of their institutions.

A release signed by Sunday Ugoh, Ag Director of Communication, and copied to the Ghana News Agency on Monday, said the edition would review the regions activities and responses to the challenges on peace and security, particularly electoral processes in the region, transinational organized crimes such as trafficking, piracy and terrorism, as well as defence and security sector reform.

Among the presentations at the retreat would be the report of a study on the capacity needs of National Units charged with coordinating national issues in Member states and the operational manual for their operations, it said.

The release further stated that the retreat would also review the status of the region's monetary corporation with 2020 as the target year for the introduction of a single currency, as well as community programmes and the contributions of the private sector to regional integration particularly through stimulating increased economic relations with Brazil, China and India.

The meeting would also review the status of cooperation among and between member states and the Commission on sustainable development, focusing on agriculture, environment and water resources, as well as initiatives for improving regional roads, air and marine transport infrastructure and energy with emphasis on renewable energy.

The release said the meeting would also discuss the status of the ongoing negotiation of an Economic Partnership Agreement (EPA) between the region and the European Union, as well as impediments to the smooth implementation of the ECOWAS flagship Protocol on free movement of persons, goods and services.

“The region's strategic plan aimed at improving synergy in planning and implementation and the status of engagement of Member States would also be discussed. This would be preceded by an update of the new procedures in internal control, financial regulations and processes being put in place to improve efficiency and the management of community resources”, it stated.

The release said representatives of seven of the Member States including Benin, Cape Verde, The Gambia, Ghana, Guinea Bissau, Niger and Sierra Leone would make presentations on the status of implementation of Community programmes in their various countries and the role of ECOWAS.

“Community institutions such as Community Court, the Parliament, Inter-Governmental Group for Action Against Money Laundering and Terrorism Financing in West Africa and the West African Health Organisation, will also feature in the presentations”, the release said.