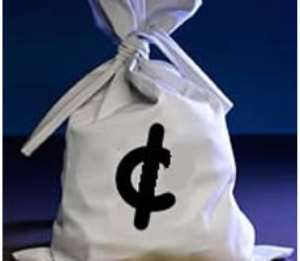 The Fair Wages and Salaries Commission (FWSC) have had a tortuous twelve months, migrating public sector workers onto the new salary structure that has been designated the Single Spine Salary Structure (SSSS).

For obvious reasons, the implementation of such a grand undertaking is bound to be fraught with problems.

Firstly, the public sector has the largest number of employees in the formal sector coupled with the fact that public sector wages and salaries also constitute the major chunk of total public-expenditure -- which continues to rise.

The Ghana Poverty Reduction Strategy (GPRS) document 2003-2005 conceded that in spite of the numerous reforms put in place since 1983 and which culminated in the National Renewal Programme (NIRP) in 1994, the capacity of the public service remains low through a combination of factors.

These include lack of institutional structures, roles and procedures; lack of enforcement; and the unacceptably poor conditions of service.

The document was of the view that significant improvements in the conditions of service represent a component without which the whole of the GPRS programme might not succeed.

The implementation of the SSSS was therefore was seen as addressing the ''unacceptably poor conditions of service” for our public service in order to ensure that the GPRS is successful!

In spite of the challenges faced by the FWSC in the course of the year,such as threat of strikes and other associated problems, it has managed to sail through the storm and implement a programme that is in itself complex and massive.

In view of the enormity of the task at hand, this Paper believes some commendation should go to Mr. George Smith-Graham and his able team at the FWSC for migrating Ghanaian public service workers onto the SSSS, albeit a few hitches.

There is no system that is fool-proof and the FWSC deserves commendation for embarking on such an important national exercise with alacrity.

Ensuring quality delivery
Consumers of telecommunication services in the country breathed a sigh of relief when news made the rounds that five operating telecommunications companies have been slapped with fines for delivering poor-quality service to clients.

The move has assuaged telecommunications end-users and assured them that they have a mechanism through which their concerns can be tabled and addressed effectively, since the common complaint ever since the liberalisation of telecommunication services is that some companies are short-changing their clients.

While the telecommunication service-providers were reaping astronomical profits, they did not ensure that their services matched their fees they were charging. Million of cedis are expended by these companies on a daily basis trumpeting the superior quality of service that they provide -- yet the consumer is always complaining of poor service quality!

Mobile telephony has become an integral part of our lives, and we take it for granted that the service provided does not add up to the fees charged.

The action taken by the regulator, the National Communications Authority (NCA), is timely and sends the right signals to the service-providers that they have to be accountable for the fees they charge. This Paper believes that if individual suits are made, the telecommunication service providers would be compelled to step-up their efficiency since they would not like to be paying out damages.

In another take, a few consumers have expressed the view that the fines are not commensurate with the high fees they charge consumers and consequently should have faced stiffer fines. However, this Paper is encouraged by the move, since no entity would like to pay out fines it has not accounted for!

Having said all that, there is yet another very pertinent view -- since consumers are the ones who have been short-changed by these companies, it doesn't make sense that the NCA should collect and keep the fines as they are financed by Government. A more fair and acceptable course of action would be to compel the offending companies to reduce their rates by a certain amount for a fixed period, so that the consumers who have been disadvantaged can get recompense and moral satisfaction.

Competition within the telecommunication industry has reached its peak since the sub-sector was de-regulated in the 1990s. Today there are numerous competing telecommunication service-providers, with the latest coming on-stream this month.

The increased competition should see lower tariffs and improved services, since they will be competing for the same clients.

Hence, the penalty should serve as an indication that they must improve their services in order to remain relevant and competitive with consumers – and in compliance with NCA regulations.