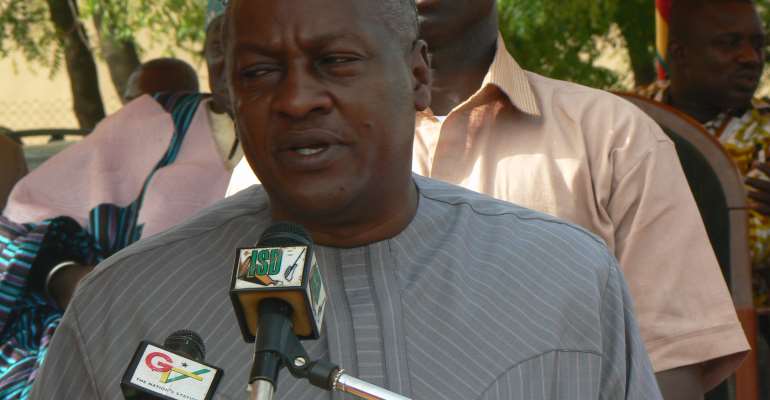 The construction of the houses, dubbed, “sustainable housing project” is a collaboration between the United Nations Development Programme (UNDP) and SADA, with the UNDP committing over half a million dollars to the project while SADA provided GH È¼2.5 million.

Vice-President Mahama, who launched the programme at Malzeri, a farming community in the Yendi district of the northern region, said the project would start on a pilot basis at Malzeri in the Northern region, Paga in the Upper East and Wechau in the Upper West regions and later it would be extended to the other parts of the country.

He said the introduction of the new building technology would help reduce the housing deficit in the country since the cost of houses would become affordable to the people.

He said unlike other projects, this new housing scheme would not be awarded on contract but given to the communities who would provide labour for the construction and would be paid either in kind or in cash.

Touching on SADAs activities, the Vice-President said the Authority was not an event but a process adding that it was an organization which was going to ensure the implementation of its programmes and not one that was going to be measured by the number of vehicles it had criss-crossing the country.

He announced that a donor's conference would be held this month at which the government would announce the seed capital for SADA while its development partners would also pledge their financial commitments.

Alhaji Gilbert Siedu Iddi, Chief Executive Officer (CEO) of SADA, said the Authority would collaborate with research institutions and other organizations to use their research findings to solve the development challenges facing the people.

He said there was the need for peace in the area and asked the people to eschew conflict, saying that without peace there can be no development.

Ms Harmandip Ruby Sandhu-Rojon, the UNDP Resident representative in Ghana, said her organization choose Malzeri for the construction of the low cost housing project because it was one of the flood prone areas.

She commended the people of the area for the communal spirit and their active participation in the building of a clinic for the village.

Vice-President Mahama later commissioned the new clinic which was built by the UNDP using the new technology for the people of Malzeri and paid a courtesy call on the Kampakugu-Na Abdulai Yakubu Andani, the Regent of Dagbon.