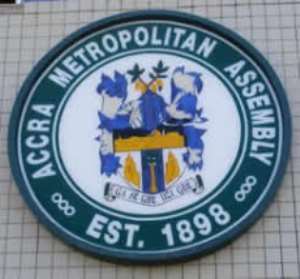 The Accra Metropolitan Assembly (AMA) on Saturday organised a cleanup exercise to rid the city of filth and choked gutters to allow free flow of water in drains.

This follows the October 26 flood that hit Accra. The exercise was also to test the capacity of the various sub-metropolitan areas to manage garbage and filth collection in their localities.

The exercise, which started around 0700 hours involved de-silting of choked gutters and the clearing of rubbish by some staff of the AMA, market women and residents of the various communities.

Though shops were asked to remain closed till 1200 noon, some complied whiles other defied the order. Those who defiled the order were compelled by the city Mayor, Alfred Oko Vanderpuije to close their shops till the work was done.

The Mayor, together with other officials of the Assembly visited some of the sub-metropolitan areas to inspect work.

The Mayor noted with concern the fast rate at which people were turning drains into waste dump sites and called for stiffer punishments for those who go contrary to the city's bye-laws.

He urged Ghanaians to be conscious of personal hygiene in order to stem cholera and other outbreaks.

The October 26th torrential rainfall saw many gutters and rivers overflowing their banks killing about nine people and causing damage to property worth million of cedis.