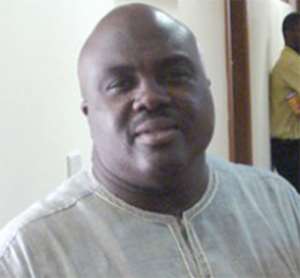 Accra, Nov. 13, GNA - Frommer travel, a global rating agency in the tourism industry, known for its credibility and authenticity has named Ghana among the top 10 tourism destination for 2012.

Mr Julius Debrah, Executive Director of the Ghana Tourism Authority (GTA), who announced this at a press conference at the weekend, said Frommer reached out to people to find out where they wanted to be in the coming year and Ghana was listed in the top 10 preferred destinations.

He said: “Ghana provided a perfect introduction to African Travel…but for anybody seeking a holistic experience that embraces traditional and contemporary culture as well as beaches and safaris, Ghana's microcosmic travel circuit is the perfect African Primer."

Mr Debrah who expressed excitement over Ghana's selection said the country deserved the acknowledgment since it hosts varied and unique tourists attractions which could be found nowhere in the world.

“In Kumasi, the Addae Kese festival held at Manhyia Palace, pays a dazzling homage to the Ashanti King, Osei Tutu II, the city also hosts the Kejetia Market with its labyrinth of 10,000 stalls and surrounded by communities that are famous for the traditional kente cloth weavers."

The Tourism Authority Boss noted that Ghana's recognition on the international tourism circles had given impetus to the hard work that was done by his organisation and the citizenry in general over the years.

Mr Debrah however admitted that there was still more to be done to streamline or sanitise the tourism industry in Ghana and urged the business community to position itself well to take full advantage of the possible massive traffic that would hit the country.

“The economic prospects of tourism in Ghana are very great,” he noted.

He said with the Legislative Instrument establishing the tourism authority now in the offing, the organisation has started closing down some of the quack tourism ventures in the sector.

Mr Debrah also announced that the Authority would host the African Choral Festival in March 2012 for which more than 200 Americans had confirmed participating.

The GTA has embarked on a number of projects to promote Ghana which include e-marketing (electronic marketing) that has helped to increase the tourism traffic to Ghana.

“We are also using other social media platforms to reach out to as many people as possible,” he said.