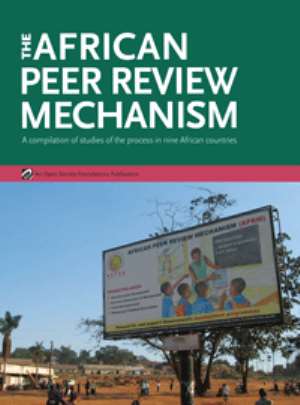 Apam, (C/R) Nov 12, GNA -The Gomoa West District Coordinating Director, Mr Peter Antwi-Boasiako has appealed to residents in the area to do everything possible to maintain the existing peace in order to facilitate development.

According to him, apart from Gomoa Abrekum and Mankwadze, where some isolated chieftaincy cases had erupted, the district had been enjoying peace and tranquility.

Mr Antwi-Boasiako made the appeal at a Validation Workshop organised by the African Peer Review Mechanism (APRM) in the district at Apam on Friday.

Traditional rulers, heads of Department, people with disabilities and assembly members attended the workshop sponsored by the Swiss Embassy in Ghana.

He said without peace no development could take place and therefore appealed to the people to cooperate with the security agencies to maintain peace.

Mr Charles Wiafe, Apam District Court Magistrate, asked the public to stop accusing the judiciary as a corrupt institution and noted that people had the right to appeal against any judgment at a court higher than the one that handled the case.

Mr Wiafe called on the National Commission for Civic Education (NEEC) to educate the public on the operation of the courts.

He also advised litigants to consult lawyers for proper direction when in doubt of matters concerning the law.

The SWISS Ambassador, Samademi Andrea said that he was happy that through the work of the APRM Oversight Committees for the District, democracy and good governance was being enhanced.

Detective Police Inspector Peter Darko of the Apam Police Station called for the provision of Juvenal cells at the Police Station.

He said the absence of the facility had compelled most juvenile offenders to be placed under the care of their parents whilst Police investigations continued.

He said the Police Administration had set up a Change Management Committee to handle unprofessional conduct of personnel.

The chief of Apam, Nana Effrim X, who chaired the function, asked the SWISS Ambassador for assistance especially in the area of education.