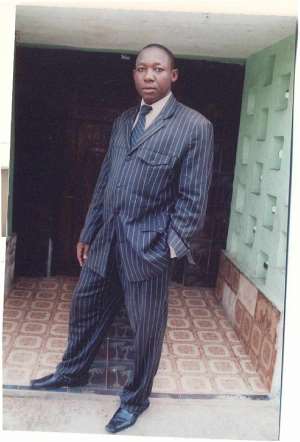 Imo NDDC Nomination:
Stakeholders Fault Okorocha
…Say Governor Unfair to Izombe
Imo State Governor, Owelle Rochas Anayo Okorocha has received some knocks over a list of nominees allegedly submitted to the President for consideration and appointment to represent the State in the Board of the Niger Delta Development Commission, NDDC, about being re constituted.

Major stakeholders see the list as a maximum injustice to Izombe Community, in Oguta Local Government Area of the State, even as they urged the Governor to withdraw same without delay.

Youths of the State, under the aegis of Imo Youth Congress expressed their disappointment with the governor's list, even as they dissociated themselves from same. They however insisted that it is time to balance the equation of justice in the state.

Reacting to the list, President of Imo Youth Congress, Comrade Robinson Nwokocha argued that the Governor's choice of candidates falls short of the expectations of the people.

According to him, “We have seen the governor's list. The first person on the list is Gideon Mefor, an Egbema man. Egbema has had their own share twice. The next person is Bons Nwabiani, a 70-year old man, who is gradually getting senile. He is from Oguta town and Oguta has also been represented severally. In fact, the immediate past Imo representative, Ikechukwu Akeru is from Oguta town. The next is one Okafor, from Osemoto, still in Oguta. Osemoto has no oil deposit. This is unfair. Governor Okorocha is making his government unpopular, by taking these very unpopular steps”, he stressed.

Adding his voice, International Co-ordinator of Ohaji/Egbema/Oguta Consultative Forum, Dr. Chukwudi Igboezuo expressed shock at the governor's list, describing it as unrealistic; even as he urged President Jonathan to ignore him.

Since the establishment of the defunct OMPADEC, till the present day NDDC, no Izombe man has represented the state in the Commission. This is simply because they do not have people to speak for them. We believe in Justice. This injustice must stop. I am not an Izombe man, but I believe in justice, because what goes around comes around.

For instance, Mr. Bons Nwabiani, an Indigene of Oguta Town was the first Commissioner in the defunct OMPADEC, which was the slot of Oguta Local Government Area. Now, Rochas has included him again on his list. He is 70 years old. Mr. Ikechukwu Akeru, the immediate past representative of the State in the Board is also from the same town.

Again, Mr. Victor Kogah, from Egbema and Emmanuel Assor from Ohaji have also had their turns in the Commission. Now, this is the turn of Izombe to represent the state in the NDDC Board and the governor has joined the line of injustice. We are worried because if we do not stand against this, someday, this injustice may come to us, because what goes around comes around. This is unfair. Injustice anywhere is a threat to justice everywhere. Is it that Rochas has no good advisers or that they are far from history”?, he queried.

Meanwhile, a group of like minds in Izombe, under the aegis of Izombe patriots Forum had petitioned President Goodluck Jonathan on the matter, reiterating the need for an Izombe man to be appointed to represent Imo in the Board, even as they threatened to resist anything in the contrary.

It would be recalled that following the recent dissolution of the Board of the NDDC, stakeholders have continued to make their inputs on the need for round pegs to be put in round holes.

Some of the major contenders are: Chief Emmanuel Duru, a former member of the Governing Council of the Federal College of Education (Technical), Omoku; Chief Bons Nwabiani, a 70-year old man, who is widely criticized; though one of the governor's candidates, among others.

Meanwhile, Protesting youths in Ohaji Community, an oil-producing town in Imo State, last weekend, kicked against the state government's nominee for the Commissionership position to the board of Niger Delta Development Commission (NDDC), Mr. Gideon Mefor.

In a communique by the acting President of the youth organisation, Mr. K. O. Ogbonna and Okpor Dominic, the community said the present nominee, who is not from a major oil producing community in the state, should be dropped without delay.