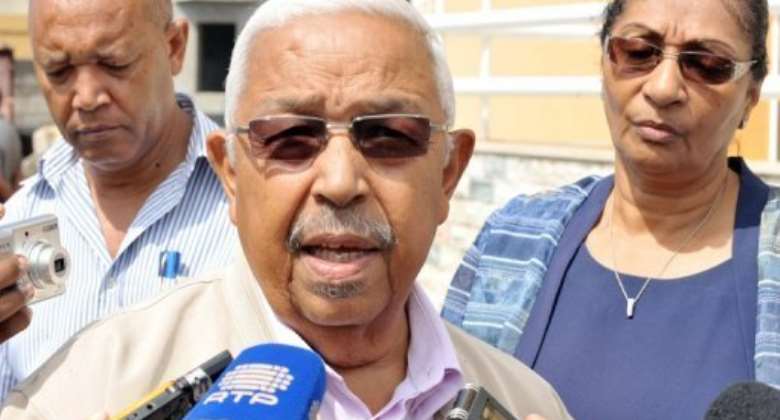 Pires, who led the island nation off Africa's northwest coast for a decade until last month, is the first winner since 2008 of the world's biggest individual prize -- because no suitable candidate could be found for the past two years.

Cape Verde, which moved up two places to second in the 2011 Ibrahim Index of African Governance announced Monday, has been praised for its stable democracy and peaceful elections.

The Ibrahim Prize for Achievement in African Leadership carries a five-million-dollar (3.7-million-euro) prize paid over 10 years and $200,000 annually for life from then on, with a further $200,000 per year available for 10 years for good causes backed by the winner.

The inaugural prize went to former president Joaquim Chissano of Mozambique in 2007 and Botswana's ex-president Festus Mogae won in 2008.

The prize goes to a democratically-elected African leader who has served their mandated term and left office in the last three years.

The London-based Mo Ibrahim Foundation, set up by the Sudanese telecoms tycoon, also publishes an Ibrahim Index, ranking 53 African countries according to 86 indicators grouped under safety and the rule of law, participation and human rights, sustainable economic opportunity and human development.

Tunisia and Egypt, whose countries' leaders were overthrown in the Arab Spring, were ranked ninth and 10th respectively. Dropping one point, Libya slipped from 23rd to 28th.

Somalia remained at the bottom with a score of eight, behind Chad (31), Zimbabwe (31), Democratic Republic of Congo (32) and the Central African Republic (33).

"If economic progress is not translated into better quality of life and respect for citizens' rights, we will witness more Tahrir Squares in Africa," he said, referring to the Cairo heartland of the Egyptian revolution.

In Tunisia and Egypt, "there is great progress in human development -- a lot of young people well-educated -- but terrible human rights, terrible democracy, lack of participation and no jobs for young people."

Ibrahim said the development imbalances exposed in the index pointed to the Arab Spring spirit spreading south through Africa.

"It's not enough to develop the economy and to deprive people from their citizens' rights," he told AFP.

"We noticed last year a stagnation in the area of human rights and the rule of law and this year we can see that definitely confirmed and there are some reverses in some countries. So we really again raise alarm bells here.

"That's not acceptable and so please be smart, African leaders: Tahrir Square in your country -- that will happen, history shows you, where you have that imbalance in development.

"If they are smart and stay ahead of the curve, they reform."

He said Africa had resisted the financial crisis well, with continuous improvement over the past five years in "economic opportunity", while education and health care was also improving.

Former Finnish president Martti Ahtisaari, who is on the Ibrahim prize panel, said the Arab Spring had show that "no-one can say that democracy and human rights are Western values."

"These people who went to the streets proved they are universal," he told AFP.

Hottest Photo Reports
Catch up with all the political quotes from our politicians.
Advertise here
More from Africa
ModernGhana Links
Late All Blacks tries beat Springboks to give coach Foster lifeline
Over 150 endangered vultures poisoned to death in southern Africa
Burkina junta says army to win back areas lost to rebels
TOP STORIES