Is President Mills in Control of his Government– Why then is Kobby Acheampong Untouchable? 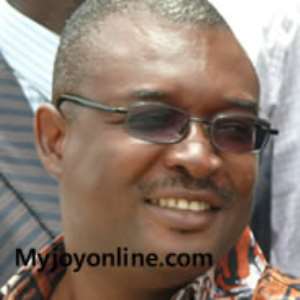 One wonders the direction the country has assumed under the leadership of His Excellency President Evans Fiifi Atta Mills. Should I be ashamed of being a Ghanaian for having such clueless, lawless, hypocrites and misfits in government? President Mills by all intent and purposes is not in control of his Ministers and Deputy Ministers.

Not long ago, Kobby Acheampong, his current Deputy Minister of Interior sarcastically insulted the entirety of the members of the Ashanti tribe, the residents of Kumasi, and all those living in the cocoa growing areas in Ghana. Kobby Acheampong by all probabilities suffers from a brain short-circuitry that has rendered him a walking obnoxious insult-chirping human being. His arrogance translates into how much he can churn out insults a day. He is also as powerful as how far he can live beyond the laws of the land. I am an Ashanti, live in Kumasi, and belong in cocoa growing family. I feel greatly offended at the absurdity, ignorance, arrogance and naiveté of Kobby Acheampong. I am disgusted at seeing President Mills continually keeping him in his NDC government despite his ill mannerisms.

Kobby Acheampong is always the topic of discussion for all bad reasons. Everyone in Ghana knows how senseless over-speeding cum overtaking by motorists is the number one cause of motor accidents on our roads. It is said, "Leadership by example". If over-speeding kills and the police are implementing measures to minimise or stop the lorry accidents, caused as a result, should Kobby Acheampong with his NDC "Taliban" be exempts? Police operating on a stretch of death-trap road in the Central region stopped him for cruising way beyond the acceptable speed limit. Instead of feeling remorse for his infantile behaviour for breaching the speed limit on such a dangerous stretch of accident-prone road, he rather exhibited his unethical machismo bordering on pure ignorance, arrogance and power drunkenness.

He transmitted SOS call to the Inspector General of Police (IGP) ordering him to despatch a band of further clueless police personnel to arrest the officers who at this time were going about their duty meticulously. Normally, the Ghana police will stop a motorist only to exact bribe. This time around, the officers were conducting themselves very professionally. Is Kobby Acheampong, a man who is a disgrace to the very womb that conceived him, above the laws of the land? For how long is he going to get away with blue murder? For how long are we going to tolerate his insanity?

Enough is enough with Kobby Acheampong and his yobbish attitude. I am issuing an ultimatum to President Mills to sack Kobby Acheampong by the end of this year or else, I will mount a nation wide "get rid of the Taliban NDC from government" campaign against him. The IGP should order the release of all those unlawfully arrested police officers or else, the whole nation with the exception of the senseless ones will precede on a public demonstration against the abuse of human rights in Ghana under President Mills' regime.

Concluding from all empirical observations, one can boldly assert that President Mills is not the least in control of his own NDC government. It will be a disaster for the whole nation to have him and his NDC party re-elected at the 2011 elections.

I am sick and tired of seeing and having such a weak President in Ghana. He hypocritically decries politics of insults. Have most of the NDC Deputy Ministers not graduated with PhDs from the "NDC School of Insults" and are they not lecturers and professors at the Ghana F/M radio stations where they throng every morning to deliver their lectures of insults?

The author has 1891 publications published on Modern Ghana.