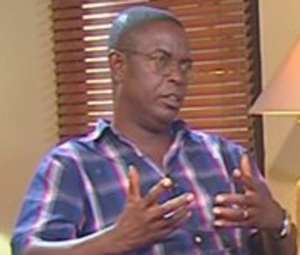 Of course none of the Wikileaks cables were meant for public consumption. Yet some cables are categorized as "CLASSIFIED." Others as " UNCLASSIFIED." Many others as " CONFIDENTIAL" etc. This only means that although all the cables are " for your eyes only", some are more top secret - ive- and sensitive than others.

Now take the cable that starts with "Political commentator, Kwasi Pratt.....(Protect)." In this cable Pratt gives his opinions on the impending elections - election 08. Every subject Pratt opines on are already in the public domain. Nothing he said was , hither to, a secret. So why would Pratt's cable be categorised as "CLASSIFIED" and not as "UNCLASSIFIED" or even as "CONFIDENTIAL?"

Question number two, why was the word "Protect" attached to Pratt's name - twice, in the introductory paraghraphs?

For example, Babal Jamal, then a Vice Chairman of the P-ndc, confirms Candidate Mills' ailment in one cable......after he had gone to great lengths to keep Ghanaians in the dark and still does. (Mr President, if it is indeed true, I ll hence forth remember the state of your health in my pprayers). Yet Jamal 's identity and the contents of his cable are not "Protected." This leads to question number three.

Kwasi Pratt is not a politian, a bureaucrat, a civil servant, a diplomat, a party official or an aide to a big wig. He is a journalist who has said more outrageous things before. His "musings" contained no secrets. He has already written about them. Yet his cable was tagged "CLASSIFIED" and "Protect"; a combination of designations rarely found in the cables - more than 600 cables. "CLASSIFIED" and "protect", in this case, can only mean the object - Pratt -is more important than the subject - the election gossip. The protection of Pratt's IDENTITY is more important than the contents of the cable.

This thus leads to only one possible conclusion, out of a few possible scenarios and the simplest of them all: Is Pratt is a "special case", in some other "CLASSIFIED" role, in some other capacity, in one of the many US foreign and Intelligent agencies, on a "need to know" basis; Ghana's Deep Throat? Don't forget the current cables are not even Intelligence cables.

All this while, Pratt has succeeded in channelling his mentor, Nkrumah - and "Hitler". Like the two Dictators whose public persona and deeds were calculated to hide deep secrets, Pratt has over the years used his Anti American rantings as the perfect cover for his double life. Nkrumah had crucified the US in public but indoors, he was their bosom friend. Hitler' hatred for the Jews, many believe, was his way of hiding his own identity. But just like his mentor and many others before him, Pratt has now being exposed.

Depending on when he began his traitorous journey, inter departmental cables within his handlers agency/s could be declassified in less than a decade that would help throw more light on Pratt's role in the bigger picture. If he became a spy under Kufour then we would have to wait for a while.

'Breaking the 8': Party needs fresh executives in Ashanti re...
44 minutes ago