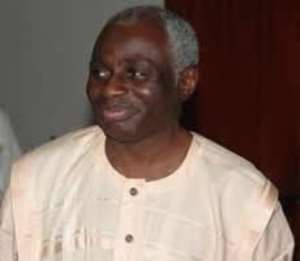 The latest release of leaked diplomatic cables by the whistle-blowing website, Wikileaks has revealed some persons around the Presidency have tried to use their influence to manipulate control of the country's oil resources for their personal gain.

The documents detailing correspondence between the US Embassy and Washington reveals private discussions with government aides who were of the opinion that the long drawn out tussle over government's interests in the shares of Jubilee Field partner, Kosmos Energy was one such manifestation of this manipulation.

The cables however also indicate that the American Embassy believed in the country's legal structures.

Joy Business' Israel Laryea who has been poring over some of the cables reports that government for most of the time that it blocked US energy giant ExxonMobil from acquiring the shares of Kosmos Energy insisted that it was a matter of national pride that the country should have a say in who acquires the shares.

It had indicated that it had a right to first refusal if the shares were to be disposed off and that the Ghana National Petroleum Corporation was seriously interested. The leaked cables however suggest it was not so simple. According to the cables, investigations of possible criminality in the way Kosmos together with the EO Group acquired an oil exploratory license were simply hardball negotiation tactics.

It says, the US Embassy was of the opinion President Mills was not behind the sharp-elbowed negotiations and that he and others viewed Kosmos's departure as a chance to improve government's position, but that they will work within the rule of law (while playing hardball).

But they also added that both his widely-reported devolved management style, and the fierce factionalization within the ruling NDC party, have meant that a clique within the government (including unofficial energy advisors within the party) filled the void left by weak leadership and sought to drive government's decision-making in the oil and gas sector. It added they may be seeking a deal that benefits them personally.

The cables also mention unsubstantiated rumors that Tsatsu Tsikata, considered the "father of the GNPC," had sought to aggrandize himself and his allies by negotiating side deals with Chinese lenders.

It also mentions what it describes as “numerous interlocutors sharing their frustration with factionalism within the NDC and stovepiping between ministries” and the apparent lack of attempts at inter-agency coordination aside from Cabinet meetings, which has left the GNPC and its behind-the-scenes backers with little supervision.

The withdrawal of bills aiming to split the GNPC into regulatory and exploratory functions from Parliament without explanation was also mentioned. The Minister of Energy is also said to have told the IMF Resident Representative that government lacked plans for the oil and gas industry development and the use of oil revenues (here however the Petroleum Revenue Management Law has been passed and the National Gas Company headed by George Sipa Yankey formed).

The leaked diplomatic cables also talk about conversations between the American Ambassador and one Cofie where Cofie claims to have heard the GNPC plan is to buy Kosmos's Jubilee stake for 3.5 billion dollars, then flip the stake to the Chinese for 4 billion.

The Embassy however in this instance described the information as quite strange. The US Embassy in its conclusion however indicated strong confidence that the rule of law prevails in Ghana and that if a clique within the GNPC sought to purchase Kosmos's stake at an artificially low price, Kosmos could not be forced to do so without its consent to the sale (barring major revelations in the investigation and subsequent legal battle).

It adds that to do so in the absence of a deeply compelling legal case would ruin Ghana's reputation internationally, and they believed President Mills and others will not allow the GNPC to do that.