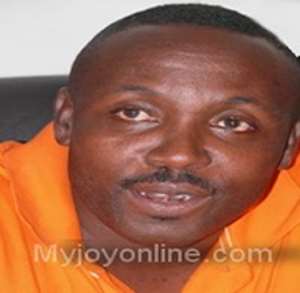 John Boadu, a deputy Director of Communications of the opposition New Patriotic Party, has stated that the estimated cost of projects to be financed with the US$3 billion Chinese loan facility indicates that financial and technical scrutiny on the said projects have not been conducted.

In an exclusive interview with the New Statesman over the weekend, Mr Boadu urged Parliament to withdraw the loan facility, contending that it does not represent value for money.

The Parliamentary Joint Committee on Finance and Poverty Reduction met in Koforidua from August 16 to Saturday, August 20, ostensibly to scrutinise, among others, the US$3 billion commercial term loan facility between the Republic of Ghana and the China Development Bank.

According to John Boadu, the $3 billion “omnibus” Chinese loan agreement is very strange as it contains a long list of project financing deals boxed under one agreement without any details of the specific projects involved, which in his opinion is a dangerous precedent which Parliament ought not to allow.

“This loan agreement first and foremost is flawed from the onset. If government wants to present an agreement to Parliament for the financing of a project, what it has to do first and foremost is to conduct feasibility studies and due diligence on the project to ascertain the actual cost of the project before presenting it to Parliament. But this is not the case in this agreement,” John Boadu noted.

The NPP deputy Director of Communications was making reference to page 4 of a letter dated 5th July 2011 with reference number MOF/OLA/ddl/CDB and signed by Ben Eghan, secretary to cabinet, to the Minister of Finance and Economic Planning and with the subject “Master Facility Agreement between the government of Ghana and China Development Bank for a $3 billion loan facility”.

“On page 4, paragraph 5, Under Tranche A2, an estimated amount of US$150-250 million has been budgeted for the construction of coastal fishing harbours and landing sites project at Axim, Dixcove, Elmina, Winneba, Mumford, Senya-Beraku, Jamestown, Teshie, Tema, Ada and Keta.

“An estimated amount of US$150-500 million has also been budgeted for the eastern corridor multi-modal transportation project. These examples show that due diligence, financial and technical scrutiny on these projects to ascertain the exact costs of these projects have not been done,” John Boadu explained.

Another bad aspect of this loan, according to Mr Boadu, is the interest rate on the loan which is dependent on the interest rates prevailing in London. This in his opinion implies that the hands of government have been tied already and as such has no control over negotiating the amount of interest it has to pay.

The $3 billion loan has been divided into two tranches of $1.5 billion each. The first tranche has a repayment period of 15, with the second tranche giving Ghana 10 years to repay the $1.5 billion and also at a commercial interest rate. Both facilities attract an interest rate of 6 months Libor + 2.95%, upfront fees of 0.25% per annum (or $7.5 million) and a Commitment Fee of 1.00% per annum ($30 million).

The grace periods for the repayment of these loans together with the repayment periods also prove that this loan agreement will not best serve the interest of Ghanaians, according to the NPP man.

“Looking at the grace period, it is couched in a manner that gives the creditor the sole right in deciding when the grace period is due. With a grace period of up to 5 years, for instance, the creditor can decide that you start making payments two weeks after accessing the loan. What is therefore the basis for entering into such an agreement?

“We have been given 10 and 15 years respectively to repay the two tranches of the loans. What we are doing is placing an unnecessary burden on future generations with this loan grabbing spree the government is undertaken. This whole agreement is detrimental to the Ghana”, John Boadu insisted.

Mr Boadu further revealed that the loan facility was being secured with crude oil sales proceeds, which will be paid directly into an escrow account to be established offshore, against the established legal arrangement which stipulates that Ghana's 100% income flows from oil and gas should go into the Petroleum Holding Fund at the Bank of Ghana.

He stated that under the escrow arrangement, the relevant permissible portion of the proceeds of crude oil sales under commercial contracts with the Chinese offtakers will be used to repay the $3 billion facility, which carries a total repayment cost, exceeding $4.2 billion.

“The promise of local content participation in agreements has turned out to be a hoax, as Ghanaian partners in the projects, an example being STX, are thrown out. At the end of the day the Chinese will ensure their people come in to construct these projects and leaving Ghanaians unemployed,” he added.