Nobody Knows (Obinim) How One Becomes a Bishop in Ghana 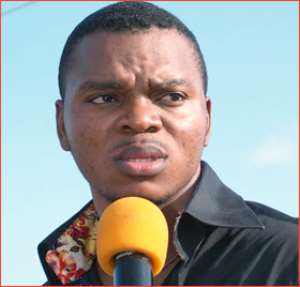 Evangelical Christians themselves do not realise that they are largely hypocrites who often are blinded by the dictates of their own faith. We are unable to punch-past our own perceived and socially constructed moral holds, to ask those searching questions. Honestly, how many of us would have the 'apostolic temerity' to publicly confess adultery and go forth to put it out for public consumption that we cursed our own child?

Hark, don't raise the hammer on my head yet. Let's take it slowly, and you would at a point also appreciate that Judas Iscariot was a better person than that hyper-sensitive, self-conceited disciple of Jesus Christ called Peter. The only sin Judas committed was that he did not give himself time to repent after betraying his master. He felt so consumed by guilt that he hanged himself. He didn't want to take for granted the divine opportunity for repentance, and still live with the knowledge of the betrayal. And what did he do with the money he received? He threw it back at them. Or perhaps the real reason for his remorse was that it was only 30 silver shekels. He couldn't live on that, anyway. Folks joke that if it was a million shekels, he would have lived to enjoy the booty.

Yet, we celebrate Peter as the Rock. The class prefect of the disciples looked Jesus in the eye and denied him three times. Even before a common servant girl, he denied Christ. He had promised Jesus that he would go with him as far as to prison, to show his loyalty and love. And all he did to earn a place in our hearts was cry his eyes out to say sorry. Even though after repenting he preached to win 3000 souls a day for the Kingdom, he never ceases to amaze some of us as a betrayer par excellence. Repentance and grace are the reasons why most Christians do not take their actions seriously. Because of him, I have never made friends with anybody called Peter, or even Pierre. I fear they would betray me and shamelessly cry their betrayal out by repenting. What, then, happens to me?

We are quick to make a veritable Judas out of Obinim because the news of his misconduct came in the news. As I write, the son of a very important foreign based African super Bishop sits still on the carpeted floors of his mansion, unable to speak nor hear, and almost sandwiched between death and near death. Yet, the international evangelist has prayed to heal other children of even more serious sicknesses. Nobody has suspected a curse or a misdemeanour on anybody's part. If Obinim had not confessed that he cursed his own son, we would have counted the boy among those children naturally born with an unlucky sperm. Oh Tartuffe, how right art thou? Sins sinned in secret are no sins at all. The public scandal is that which offends (Moliere 1622-1673).

I am the son of a clergyman, so I am careful not to touch the anointed or even charlatans who only pretend to be operating under the anointing. Perhaps, the anointing is the problem. How do we tell a fake anointing from the true one? And the Bible has not made it any easier for us. Christ admonishes us to let it all grow together until harvest time, then we shall see the good fruits. If only God would cast aside and cause those fig trees among us to die before our very eyes, those pretenders would be careful holding themselves as bishops and archbishops. We did not doubt the hand of God on Elisha when he commanded bears to eat up children who were teasing him. A young man in a West African republic also causes sickness to afflict his own son, and the Heavens are supposed to fish his fraud out and cast him to freeze in Siberia or drown in the waters of Arabia. In Obinim's case, he did not kill Uriah. He blessed his marriage.

It gets frustrating, and often we the congregation become the beneficiaries of their deeds and misdeeds. There are folks who are genuinely called to work in the service of the Lord. No doubt. They preach good. They know the scriptures. They motivate. The charlatans also preach well, sometimes better, complete with great analysis and references. They work miracles. And these days, they have degrees, PhD's and all. Not that they failed in their chosen careers and decided to seek solace in the pulpit; these are men who would have become accomplished medical doctors, pharmacists and lawyers. The call of God, I understand, torments you like a pain in the ankle until you say 'Yes Lord'. But you don't become an angel after that. If you were a womanizer before the call came, you would have to deal with it, like everybody else. If you were a liar, you may lie even in your sermons until you realise that it is no more making sense.

How does one become a bishop in Ghana? Nobody knows (Obinim). Maybe that is Obinim's problem. When you have a name that translates into nobody knows (Obinim), you often suffer credibility crises. Bishop Isaiah or Rev Tawiah would often parry away the questions that have become Obinim's Golgotha. If today, I decide to be a pastor, what would folks say? My wife would support me because she has no choice, frankly. Her friend Mavis would come along, too. And having lived in a mission house all my life, I should by now know how to string together those active words that make impressive prayer. Don't say God will bless me. Proclaim your blessings: Say I am blessed. You encourage listeners to appreciate the goodness around them: “Look around you, brethren, it could have been worse. Thank God for sheer life. A married millionaire in Russia hired killer-men to butcher his girlfriend's stalker. He is now serving a life sentence. So you see, too many millions do not do you any good. Maybe if you had millions, you would not be here today. God gives you how much you can handle.” And they all said Amen.

Of course, it is not as simple as that. But Religion, Karl Marx would tell you, is the opium of the masses. If I became a preacher today, there are a few friends who would think I must have had a big dose of opium to venture into those territories. Right here on this forum, a certain Paa Kwesi, an otherwise fine commentator who employs good diction and appropriate vocabulary only to insult, would fume: “There he goes again. From England to Canada, always pretending to be some top notch journalist and writing about education, degrees and Legon (his very words). Now Tawiah, after failing to write for a good paper in Canada, is dumping his wannabe journalism misery on the pulpit. Oh save us Lord.” And he would track and analyse my sermons until I give up and return to Ghana to work for the Ministry of Trade. That is if I would still have any credibility left.

But Paa Kwesi should not worry. I am not contemplating a career in ministry. Not at the moment. Being a Christian is enough. My calling is this apology I do every week. I admit I am floundering, but remember the theme of our sermon: It could have been worse. In the meantime, I have a responsibility to serve and support those who have received the call of God. Nobody knows (Obinim) what the future hold for Ghana. Amen.

COVID-19: 3months Free Water For All Ghanaians Begins
53 minutes ago