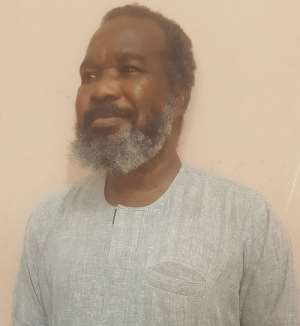 (Your esteemed and highly authoritative newspaper,) The Chronicle, in its Thursday, July 21, 2011 edition, carried a news item credited to the Ghana News Agency (GNA), on views expressed by some clergymen in Sunyani, Ghana, who the GNA said it randomly interviewed on the issue of homosexuality. I must say it made interesting reading.

After reading the news item, I felt obliged to join the on-going public discourse on the rise in homosexual tendencies in Ghana, the worry of many people. This article is therefore an expression of my views on the menace of this weird lifestyle, more so on what the Clergy should have proactively done, to have stemmed its fast-growing popularity and the embarrassment it has brought us.

All in all, what did the Clergy in Sunyani say in the news item which we did not already know?  For me, these clergy-men told us nothing new. That is sad; coming from a privileged few, who claim to be so close to God that their work is to warn mankind of all impending dangers.

If they are now warning mankind of God's sure-to-come judgment on all homosexuals, then they have done too little, too late.

God hates
homosexuality
For all this time, mankind has known God hates homosexuality and all other sins; that He will judge all homosexuals; and will destroy all those who engage in homosexuality. So, was it beneficial, for the Clergy to tell us what we have known ever since the destruction of Sodom and Gomorrah?

What I expected the clergy-men to tell mankind was what God has done as solution to the sin-problem of mankind, which includes the sins of homosexuality: how that in, and by, the sacrifice of Jesus Christ on the Cross, a lasting solution has been found to stem the tide of every sin of mankind.

I believe these clergy-men know that, the homosexual perverts of Sodom and Gomorrah were enslaved to the yoke of the Devil and, therefore, incapable of breaking from it.  Jesus Christ came to set mankind free of that yoke. This freedom has been available for all salvation-seekers to access since the year of ascension of our Lord Jesus Christ in 30 AD; a mystery many clergy-men claim to be its custodians.

If the Clergy had been up to the task of propagating this good news about how Jesus Christ delivered mankind from the power and dominion of sin, all this while, the homosexual menace would not have reached the horrible limits we now face.

The Clergy seems to have fallen asleep, when they should have been informing mankind that Jesus Christ manifested to take the sin of the world away, and that he has indeed destroyed the works of the devil in, and by, his sacrifice.

The Clergy does not seem capable of dealing with the homosexual menace, despite all the power they often claim to possess in an anointing they say came to them from God, for their work. Because of their inadequacy to this task, they are now in desperation, calling on politicians to make laws to rescue our nation from an imminent Sodom-style destruction, the result of the weird lifestyles of homosexuals. How sad this is.

Very often, I have heard clergy-men preach that the age of the Law is over; and that we now live in the era of Grace. Why then do the Clergy want to take us back to an era of law? And why must they seek the support of politicians, to legislate such a law?

I think all men who consider themselves as part of the Clergy, must seek to concentrate on the core mandate of the Master, in the Great Commission, and on they functioning as the salt and light of the world, instead of trying to bring mankind back to the Law age with the help of politicians.

Why is the mandate of the Master, to bring his salvation to sinners, not being fulfilled by the Clergy, who claim to be called by the Lord for this assignment? The Clergy seem to be too much pre-occupied with the cares of this life and, therefore, are hardly seen as God's ministers of reconciliation between sinners and God the Almighty.

problem of gays and lesbians
The problem of gays and lesbians can never be solved by politicians or by any legislation. No world government can control homosexuality. This is because, the solution to all sin problems lie in the spiritual power of Jesus' sacrifice, God's Word, His Holy Spirit, and the will of the individual who acts in the appropriate manner as desiring for solution to his/her sin problem.

It is therefore sad that the Clergy has resorted to cries and wails to governments of the world, for legislation to deal with such a spiritual canker as homosexuality, which pre-dates modern history. How could the Clergy take its eyes off the mandate of God to genuine workers of His vineyard, to look to worldly institutions for solutions to problems of mankind?

The answer is not difficult to find. The Church, led by the Clergy is now comfortably in bed with world governments. This was the same problem the Church suffered in the Second Century under pagan Roman Empire governments. It is sad the Church is yet to shake himself off the shackles of governments of the World Order.

The relics of the influence of pagan Roman Empire governments are with us unto this day. What-with all the titles we see borne by the Clergy, which have no relation to the Christian Faith, but were introduced into the Church by pagan-Rome?

No archbishop has any role to play in the work of God. That is why God has no definition for this word. It is the invention of man and therefore irrelevant for God's Work. For a long time this word served the purpose of pagan-Rome. Its continuous use clouds the true structure of the True Church, by introducing foreign elements into it, and distorts the salvation message.

Not very long after Creation, an unpermitted sexual relationship between the sons of God (angels) and the daughters of men (humans) resulted in the birth of an unholy and inglorious race of men-only giants known as, nephilim: who roamed our earth, before and after The Flood (Genesis 6: 4; Numbers 13: 28-29 & 33; Deuteronomy 2: 20-21; First Samuel 17: 4-7, et cetera).

This race of dreadful giants was neither suitable for God's use, nor for mankind's; but only for the kingdom of darkness. It therefore quickly became extinct, and the culpable angels kept in chains in very dark prisons awaiting judgment (Second Peter 2: 4, Jude 6-7).

The fact therefore is that, any hybridization of an archangel and a human-bishop will never bring forth any being, suitable or acceptable for God's use in His Church. May all seekers of God's salvation, beware of this.

There are few God-ordained appellations describing the functional roles by which genuine workers in the service of God are known. These are not titles; they are descriptions of roles or functions in the Body of Christ. They are: apostle, prophet, evangelist, pastor and teacher. None of these are titles. That is why we read 'Paul, an apostle' and 'Philip, the evangelist' and never 'Apostle Paul' or 'Evangelist Philip' in the Bible.

The Clergy have gone chasing after titles that are irrelevant to the Christian Faith and thrown away the anointed functional descriptions God Himself has ordained for His workers. With man-made titles in their hands, they are then devoid of the power they must have, to be able to prosecute the agenda of the Work of God.  They then cry to political power brokers they have formed alliances with to come to their assistance and rescue. Oh my Lord Jesus Christ, where is your True Church? Maranatha.

Chris Bapuohyele is an evangelist of the gospel of Jesus Christ and is the author of the book entitled: BEWARE OF THIS FALSE DOCTRINE of reciting the Sinners' Prayer for salvation.

His e-mail address is: [email protected]