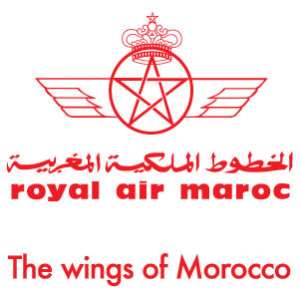 Greetings dear reader! For those of you, who will be travelling to Ghana this summer, please permit me to warn you about another useless and patently bogus airline- Royal Air Maroc. On first blush the unsuspecting traveller may be seduced by that horrible airline's name and its association with royalty. But don't be fooled at all because this airline is at best disorganised or at worst deceptive and downright disgraceful.

My nightmare with this airline began in Accra on the 2nd of July 2011. I was en route to London Heathrow via Casablanca. The Air Maroc flight number AT 0514 was scheduled to take off from Accra at 05.30 am and arrive at Casablanca at 1055 GMT. Then the transit flight was scheduled for 1340hours to arrive at Heathrow at 1650 hours. Right from the check-in this disgraceful airline rolled out a series of cock-ups that- I have only recently been informed- is quintessential to almost all North African Airlines. The reader will do well to recall an article written and published on this network by Bernard Asher, entitled “Afriqiyah Airlines- The Worst Airline in the World”

AFRIQIYAH AIRLINES. THE WORST AIRLINE IN THE WORLD.

After checking in between 0000 and 0200 hours I settled down into one of the waiting areas for what I assumed to be a short wait. How wrong I was! I waited from 0200 to 0745 hours before we asked to board the aircraft. In all this time nobody from this hopeless airline had an iota of sense or decency to advise the waiting passengers of any delays. In fact there was not a single airline attendant to be found. Like a bunch of forlorn and marooned gap year students, men and women (some of them with babies) were strewn across the waiting lounge at Kotoka waiting for an airline which clearly did not believe in the basic tenets of etiquette.

We eventually boarded the flight at approximately 0745 hours. As I made my way to my seat I was greeted by a couple of glum-faced stewardesses who could only manage a pitiful “good morning” in broken English. We arrived at Casablanca safely at approximately 1300 and shuffled out into the airport lounge to begin another spell of waiting. Our connecting flight to Heathrow was scheduled for 1345 hours but it was clear, by this time, that that was not going to happen. With all the delay in Accra anybody with the least bit of decency would think that this airline would, at the very least, forewarn us about the imminent delay with the connecting flight which was clearly unavoidable. But that was asking too much from this dead-beat airline and its posse of inefficient managers! By 1500 hours we had heard nothing from the airline. Hungry as most of us were some of us tried to by some food at the few shops at the airport but alas most of us en route to London- did not have the dollars or Euros that the shops demanded! By 1600 hours the passengers had clearly become agitated! One British- Moroccan man stood on his feet and demanded that something be done for us! The crowd of hungry and disgruntled rallied after this man who by this time had become something of a hero! The crowd surged forward towards the check-in point amid shouts and banging of the windows. A riot was in the offing! Only then did a few airport attendants try to clam us down but by this time nothing was going to pacify the madding crowd. As the shouting and the banging increased the police was eventually called in! This was developing into something really big by now! Faced with a police cordon the crowd demanded to speak to the manager. The police uttered something in Arabic- a language most of the protesters did not understand- further incensing the crowd. By this time some passengers had their mobile phones and cameras out trying to take pictures. The attendants hastily advised the police to stop any passengers from taking pictures in line with the typical Arab distaste for free speech and accountability. By 1730 hours the racket was uncontrollable as some passengers banged on the airport windows and demanded to be let out! Eventually an announcement was made that a plane from Nigeria was being waited on to pick us up and take us to London. This sent the crowd into a bout of frenzy! Eventually another man who introduced himself as a “manager” appeared and tried to calm the crowd down. He assured the passengers that another plane had been arranged and was to be ready for boarding in the next 15 minutes. This seemed to pacify the crowd. Eventually that plane took off at 1840 and arrived in Heathrow at 2125 hours.

As we shuffled past the air stewardesses and the captain of the plane on my way out of the plane I had to restrain myself lest I send one or two of these idiots flying with a head butt and flying kick!

As a point of warning, dear reader, I will remind you of a comment passed by that brave British-Moroccan man who led the revolt. He said something to the effect of “fellow passengers, it appears you don't know these people. They are inefficient to the core and verifiably useless. If you don't revolt you may sit here until tomorrow”.

You will do your best to avoid this rag-tag airline at all cost lest you be treated like an animal- possibly less!