Why I Support The Chairman’s Wife 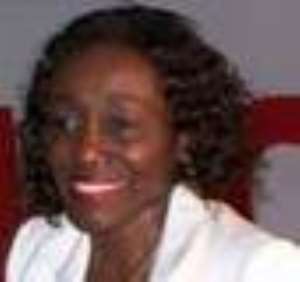 It is well known that many in the West preferred Hitler to Stalin, at least until World War II broke out. And it was not because Hitler was any better than Stalin in every sense but because Fascism was more akin to Capitalism than Communism. For “Capital” is the “ghost in the shell” of both Fascism and Capitalism. So even though Hitler was murdering Jews in Germany - not with the same intensity though as the war began- and Stalin was killing his people, the West preferred “doing business” with Germany than the Soviet Union- till Hitler invaded a sovereign State.

Many a nation and people – and individuals- have found themselves in the above predicament in different guise and forms and have been, thereby, forced to make soul wrecking choices between options that they would otherwise have not entertained.

It is the same situation that I currently find myself. For not in my wildest dreams in my insignificant life on this earth did I ever think that I'd find myself picking the PNDC Chairman over any other entity. But I'm forced to because Ghana needs to be saved from President Mills.

Not that the Chairman of the PNDC was any better than Mill but in fact there is not a single criticism of Mills by the Chairman and his wife that I disagree with: Mills was a failure from the first week, I share that thought; he has surrounded himself with disrespectful people, I know that; corruption is on the rise, I can see that; there is no central authority-“ every minister is a president”, I believe that; STX is bad, I have no doubt; lawlessness is out of bounds, our debt is out of this world etc.

The list goes on and on. And it does not bode well for Ghana.

I therefore declare my support for the Chairman's wife because her actions have fulfilled my ultimate wish, the demise of the P-ndc. For it is my utmost wish to see the complete disintegration of the P-ndc. And it is not because I prefer weaker parties vis a vis a strong, unified NPP. But I believe that Ghana would be better served when and if parties are formed based on democratic tenets, with no violent antecedents. That is the only way we can guarantee our future.

So in the coming days, I wish the P-ndc a peaceful congress and best wishes to the Chairman's wife. May she accept my “poisonous kiss”. But I pray for total disintegration afterwards with the hope that a more democratic entity, with no ties to the blood of our fathers, would rise up from the ashes of the P-ndc