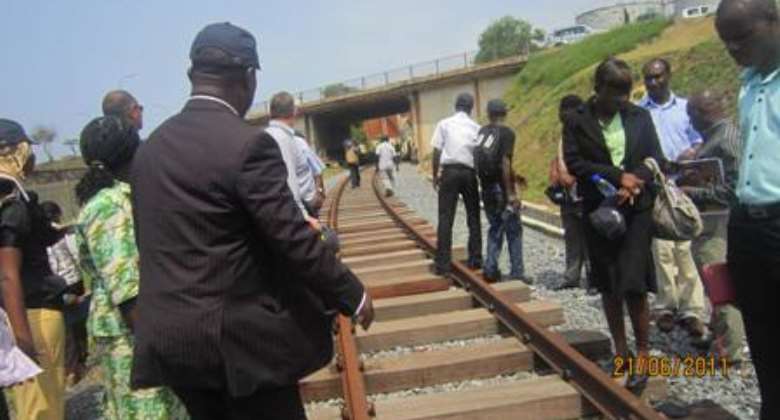 Tema, June 21, GNA – The Board Members of Ghana Railway Development Authority on Tuesday inspected the progress of work on the rehabilitation of rail lines between Accra and Tema which began in October last year.

Mr Dan Markin, Chairman of the Board, said the rail lines, when completed, would help reduce traffic on the road from Accra to Tema and make the journey comfortable.

He was satisfied with the extent of work done despite complaints by the contractor of challenges facing the project by some companies in the metropolis.

Mr Markin announced that electronic ticketing machines would be put in place after completion of the project to regulate ticketing and prevent cheating.

He urged all stakeholders to collaborate to facilitate the work to be completed on schedule.

Mr Yaron Tal, Managing Director of Amandi Railway Construction Firm, said work on the project had been smooth so far and could be completed within the next four months.

He said about 60-70 per cent of work had been completed and although nothing had been paid to them by the government they were working tirelessly to complete on schedule.

“Due to our full commitment, we would endeavour to complete the project on schedule,” he added.