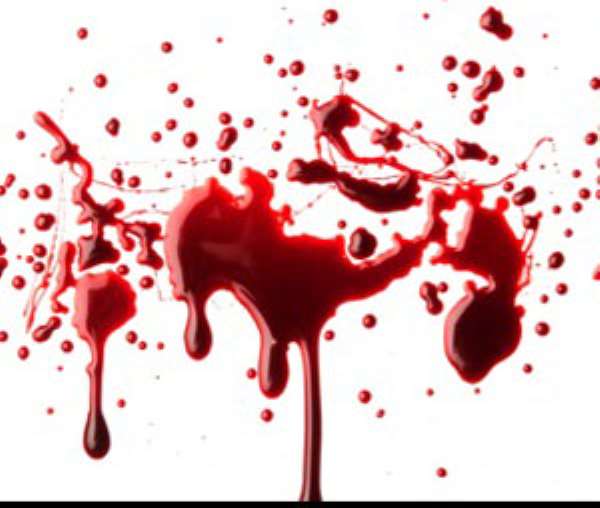 Ritual murders, notoriously referred to as sakawa, appear to be replacing armed robbery as a source of public worry. Their frequency is frightening and the gory pictures which sometimes accompany such stories unsettling.

Yesterday's issue of the Daily Guide and other media channels gave ample coverage to the dastardly beheading of a boy in the Brong Ahafo Region, one of many featuring in the Greater Accra and Central regions of the country.

Were we to be privy to all the uncanny stories regarding sakawa, we would appreciate the extent of the crime.

Yesterday's story, alongside similar ones, served as an appropriate subject for public discussion, the kind which prompts people to dissect a subject passionately at the lower rungs of society. And why not, given the degradation of our values by the menace in recent times?

This latest barbaric action is coming on the heels of an earlier one which took place in Winneba in which two brothers, Ali Sabitu and his brother Saadu Sabitu, murdered 7-year-old Abubakar Sadik, dismembering his body in the most dastardly fashion.

The wound inflicted upon the bereaved family is far from being healed, with more families threatened by the blood-curdling desires of many a young man.

The youthfulness of those behind the crime is a statement about how much our young men are obsessed with making money by all means, the repercussions of their actions notwithstanding.

The sakawa crime has reached an alarming stage, a point where a national dialogue and an unusual security response are being necessitated.

Our position is premised on the fact that unless something drastic is done to stem it, our country, especially the areas prone to the anomaly, would become synonymous with ritual killings.

While we expect the security agencies, the Police in particular, to fashion out an appropriate response to the growing esoteric menace, we wish to add however that the challenge posed by it calls for an 'all hands on deck' approach.

It is not easy, given the almost crazy obsession for money by most people. The situation is so bad that there are parents who would not demand of their kids the source of their abrupt changed lifestyles, especially since they too become beneficiaries of the blood-soaked wealth.

Parents, clergy, imams and opinion leaders all have a role to play in what should be a war against sakawa in the society.

Our diminishing values, one of whose feature is the refusal of people to be their neighbour's keepers, has impugned negatively on our Africanness to the extent that we turn blind eyes to children when they are engaged in crimes or acts which are injurious to the integrity of society.

For how long shall we allow such anomalies to be with us?

By our silence and therefore refusal to respond to the challenge posed by the menace, we are compromising the future of our country for which posterity shall not have a charitable impression about us.

Let us join hands with the security agencies, all of us, opinion leaders, et al, in stopping the anomaly before it destroys us all beyond redemption.

A situation where kids drop out of school and shuttle between Cotonou in Benin and Accra or Agona Swedru over blood-letting voodoo rituals should not be allowed to gain a foothold in the country, no, never.