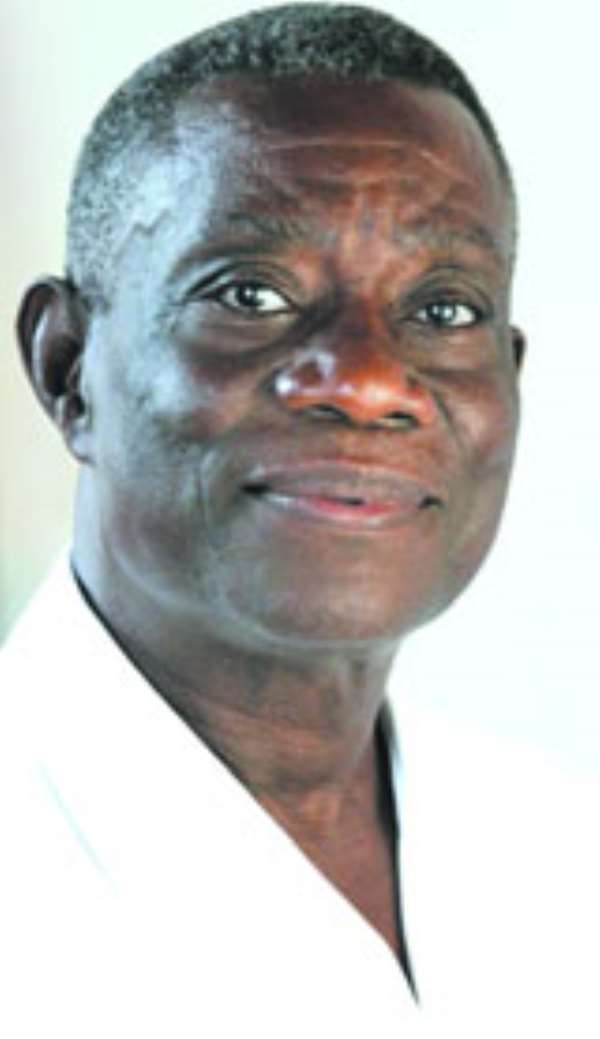 The President of the 31st December Women's Movement, Nana Konadu Agyemang Rawlings, has vowed to dislodge President Mills as leader of the National Democratic Congress (NDC), and lead the party to victory in the 2012 elections.

'The governance that we have experienced since 2009, does not inspire confidence or give Ghanaians any hope for the future. The current leadership has failed to pursue the NDC's avowed commitment of defending the will of the people, and establishing a government that is believed and trusted by the people, a government of humility and sensitivity, and a government devoid of arrogance and vindictiveness,' she said at the launch of her campaign yesterday.

Her pronouncement drew thunderous applause from the crowd, with some chanting: 'eye woa na wo ko, obiaa ni ho ka wo ho,' 'Take us to the promised land,' among many others.

According to the President of the 31st December Women's Movement, President Mills' administration had failed to live up to the ideals that established the NDC party, especially, in the areas of probity, accountability, freedom and justice, a situation she said was having a rippling effect on the country.

She accused President Mills' administration of using money to influence party members and delegates ahead of the party's presidential primary scheduled for July 8, this year, something she said was against the tenets of the NDC.

'A true-blooded NDC leadership does not buy support, buy votes or buy delegates. This tendency is destroying the spirit and the strength of the NDC,' she noted, adding, 'The future of the NDC is under threat. This is not just about election 2012. It is about the very survival of the NDC and our nation.'

She told the teeming supporters that her conviction of contesting Mills stemmed from the fact that 'I feel the pain and despair that has engulfed the true supporters of the party.

'Having heard the cry of millions of party faithful across the country, I cannot sit unconcerned and look on while the party you and I sacrificed to build is brought crashing down by people who do not seem to have the good of the party at heart.'

'Those who know me, know that I am principled and committed to a Ghana devoid of hunger, disease and poverty. More importantly, I come with decisive and visionary leadership that will work with the grassroots of the party for a true NDC - the true NDC that offers economic security, opportunities for the youth, and unity and stability in development,' she added, to applause by the gathering.

Surrounded on the podium by some loyal supporters, calm looking Konadu appealed to the delegates of the NDC that a vote for her would inspire an effective leadership for the party.

'I stand before you today, because I represent independent-mindedness, social justice and a leadership that believes in a bottom-up approach to governance.

The time has come to choose a person who will offer effective leadership, who will be honest about the choices and the challenges we face, a person who will give you hope, who will listen and learn from you, I represent these attributes, and I am ready to sacrifice with you to achieve the goal of rekindling hope for a Ghana that every citizen will be truly proud of.'

She promised the delegates that she would work hard to positively change the course of history in Ghana, by putting every bone in her body and every drop of her blood on the line, when elected to lead the NDC in election 2012.

Nana Konadu entreated the delegates to join hands in calling for real change that she represents. 'Let us take back the heart and soul of the NDC, let us work to uproot the culture of apathy, indiscipline and carelessness that has engulfed this country.

'Let us infuse dynamism and vitality back into the NDC. There is now a politics of threats, fear and financial influence being imposed on our party.

Let us work to remove the politics of vindictiveness and arrogance that is being introduced to our party, and restore hope, trust and respect to our party and the people of Ghana,' she appealed.