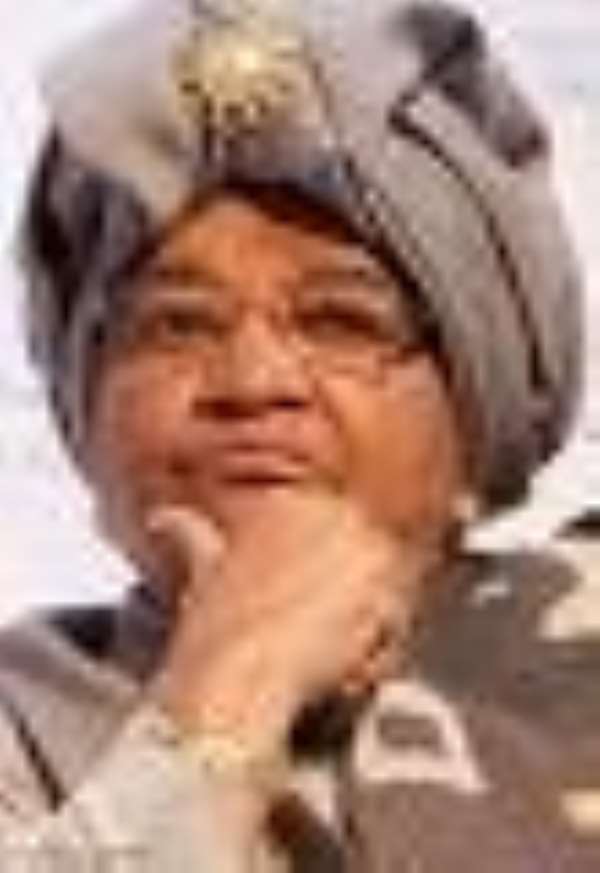 By: Joe Noutuoa Wandah/Monrovia
The General Auditing Commission GAC of Liberia has released the long awaited audit report on the Liberia Petroleum Refining Company (LPRC), with the audit of the Corporation uncovering over US$13m of public money unaccounted for during fiscal year 2006/2007 by the Management.

The GAC said both financial and administrative activities undertaken by LPRC for the fiscal period were marred by a number of financial irregularities and control deficiencies. It said the financial irregularities amounted to US$13,785,569.82 and L$100,360.00 and include unsupported payments on expenditure and foreign travels, non-payment of income tax on salaries and payments to vendors, and donations to charitable bodies which are yet to be accounted for.

The LPRC report is one of 14 additional audit reports released to the National Legislature and the President of Liberia last week before the final exit of former Auditor General John Morlu. All the audit reports uncovered scores of accounting irregularities, fraud and waste as common features accruing huge loses to the Government of Liberia.

In a release issued here early in the week, GAC said included in the newly published batch were as below:

11. Accounts and Related Records of the Roberts International Airport (RIA) For the Financial Periods 1 January 2006 -31 to December 2007

12. Appointment of Board of Directors for the Periods 2006 January -2010 September

13. Recycled Civil Servant Salary Checks at the CBL For the Period January 2006 to September 2008

The General Auditing Commission said CBL did not provide auditors all the information requested on the checks recycled. But on the basis of the documentary evidence and financial transaction records provided by the CBL, it was determined that 4,928 checks were recycled valued at L$15,972,066.07. Of this number, 2,420 was directly recycled at CBL Central Office and 538 was recycled in five counties valued at LS$7,622,702.70 and LS$1,737,968.74 respectively.

On the National Port Authority, the irregularities noted on its properties resulted into a loss to the Authority and leaseholders in the tune of US$ 27,056,481.50 for which individuals and institutions have been held accountable.

The outgoing AG, Morlu released the reports to the national Legislature which has forwarded same to the committees on Ways, Means and Finance and public Account and expenditures with a clear mandate to report to the plenary in two weeks and do a formal communication commending him for his services rendered to the government and people of Liberia.

In a letter addressed to plenary the former Auditor General express gratitude to the legislature support they provided the office of the auditor General and the General auditing commission under his leadership stressing he remains hopeful that the fight against corrupt in “full swing”.

The Former GAC Boss released 14 reports which he claimed were among 39 audits reports that are in the final stages of completion.

Liberia Petroleum Refining company for the years 2006 and 2007 , National Port Authority landed properties 2006 through 2008, National Oil Company for years 2006-2008,MICAT for the period , June 30, 2006 to September30 2009,22 Million Liberian Dollars un claimed servants salary check for the period of July and August 2008 amongst other reports.

John Morlu indicated in his letter addressed to plenary that corruption and financial Mismanagement undermines the well being of citizens of Liberia thereby creating lack of confidence in leadership in government to improve the collective well being of Liberians, adding that until an effective system over financial management is put in to place democracy in Liberia will remain in trouble. He maintained that the best alternative way to reduce corruption is to limit the opportunity for employees and officials to engage in fraud, waste and abuse of public resources.

In his concluding comment he believed that he rendered the best he could offer Liberia and remain hopeful that one day corruptions will truly a thing of the past and that Liberia will not continue in the “growth without development” and “resource rich curse”.