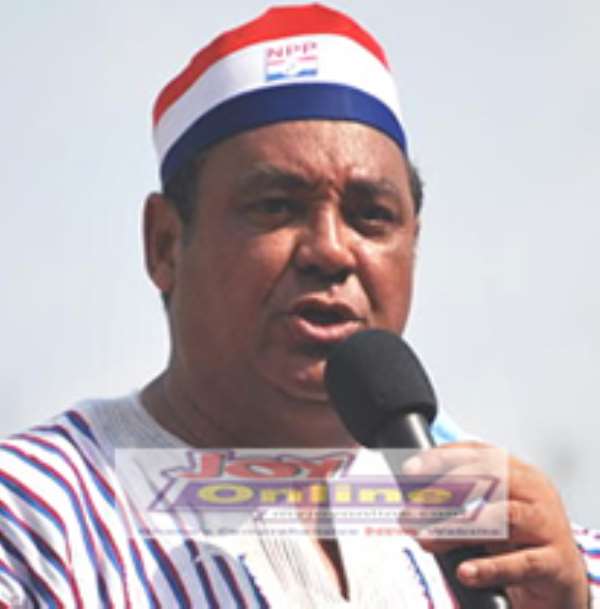 
The leadership of the New Patriotic Party (NPP) has congratulated all delegates of the party on their show of maturity in last Saturday's parliamentary primaries.

It said throughout the contest the delegates showed maturity, hard work, dedication, enthusiasm and, above all, commitment in making the primaries a great success.

"We also want to express our appreciation to the Electoral Commission, the Ghana Police Service and all who, in diverse ways, assisted in making the primaries a success," it said in a statement signed by the General Secretary of the party, Mr. Kwadwo Owusu Afriyie.

The NPP, on Saturday, April 30, held parliamentary primaries simultaneously across the country.

In all, 520 aspirants, made up of 64 females and 456, males, contested in 220 constituencies. There were elections in 147 constituencies, while 73 candidates were returned without a contest.

Twenty-two women emerged as parliamentary candidates from Saturday's contest, including four who were returned unopposed.

Eleven sitting Members of Parliament (MPs) lost at the polls.

The NPP has received two petitions from the Okaikoi South and the North Tongu constituencies which will be looked into extensively by the mandated body within the party, headed by a former National Chairman and Ambassador, Mr. Odoi Sykes the statement said.

According to the statement, a fair hearing would be given anybody aggrieved from the process and asked for calm while the petitions were looked at and urged all to use the party structures in addressing grievances.

"The party is elated to be making its contribution to the growing democracy that we seek to build for our country and for our people by deepening our democratic processes," it stated.

In a related development, Ato Dapatem reports that the NPP has set up an Election Appeals Board, to ensure that all outstanding complaints involving the parliamentary primaries are dealt with amicably and satisfactorily.

The board is mandated to expeditiously deal with all issues emanating from last Saturday's parliamentary primaries of the party which were held in all, but 10 constituencies.

Speaking to the Daily Graphic, the First Vice-Chairman of the NPP, Mr. Fred Oware, said the committee would deal with complaints as and when they were reported.

There are isolated cases of other aspirants and their campaign teams complaining about some of the processes leading to the declaration of the results, with some threatening legal action.

Speaking on some radio stations in Accra, the Chairperson of the committee, Ms Frema Osei Opare, said the committee had started investigating all complaints and disputes surrounding the primaries.

She said unresolved complaints arising out of parliamentary primaries might be one of the reasons the party lost power to the National Democratic Congress (NDC) in 2008 and expressed the hope that the NPP would resolve all problems before the 2012 elections.

"If we are able to resolve majority of the conflicts within, I am sure that it will be a done deal for 2012 because we know, from assessment, that there are many seats that should not have gone the other way, but for internal conflicts," she said.

Prior to the opening of nominations for the primaries, the flag bearer, in the company of members of the national executive of the party, embarked on a nationwide tour of the 230 constituencies to encourage party members to use the primaries to deepen the sense of unity in the party.