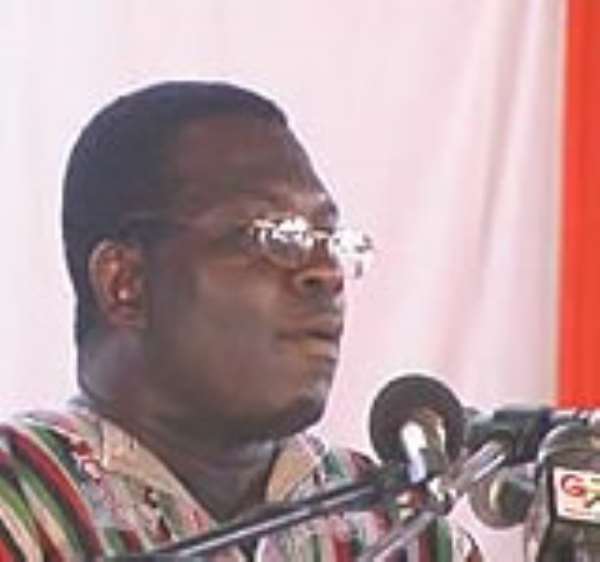 A former General Secretary of the governing National Democratic Congress (NDC), Dr. Nii Armah Josiah Aryeh has revealed that he will be playing a very important role in the former first lady Nana Konadu Agyemang Rawlings' campaign in her bid to lead the party in Election 2012.

According to him, he believes in Mrs. Rawlings and irrespective of who stands to contest the party's flagbearership, he will support her against that person adding that “I am going for her against whoever steps forward”.

Dr. Aryeh, was suspended from the party in 2005 on allegations that he collected $3000 from officials of the opposition New Patriotic Party (NPP) to resign from the NDC.

Speaking on Asempa FM's Ekosii Sen programme Tuesday, Dr. Josiah Aryeh said he had been politically idle and deemed the offer given to him by Mrs. Rawlings as a call to serve and also contribute his quota to the country's democracy.

“I was idle politically and I wasn't part of things since the NDC won the elections and I believe that I have something to contribute so I decided to take advantage of opportunities coming my way to be able to make a contribution” he observed.

He noted that, the NDC should be able to work itself forward in a different direction - encouraging competition for better and quality candidate to face the NPP in 2012.

The former General Secretary of the ruling National Democratic Congress said there is nothing wrong in Mrs. Rawlings challenging President Mills for the slot, stressing that her rights should be respected.

Dr. Josaih Aryeh who will be one of the speakers at Mrs. Rawlings' official campaign launch at the International Conference Centre Wednesday, is optimistic of a smooth victory for her against President Mills.

The former First Lady picked her nomination forms at the party's headquarters today and will on Wednesday, May 4 launch her campaign at the Accra International Conference Centre to contest the party's flag-bearer slot for the 2012 presidential primary scheduled for July 8 – 10 in Sunyani.