Auction Of African Art By Dorotheum, Vienna: But What Are The Provenances Of The Artefacts? 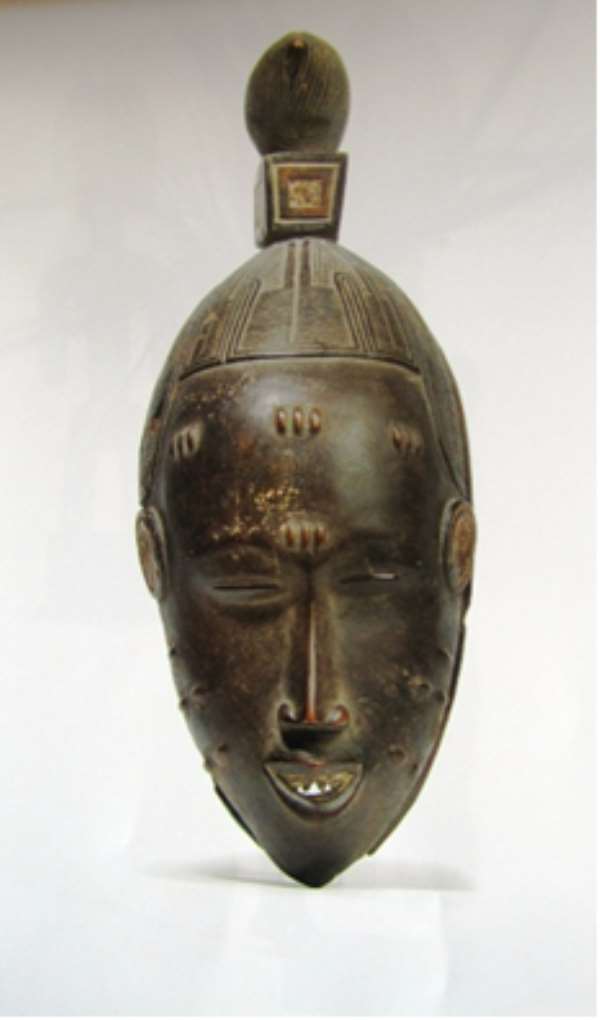 Dorotheum, an auction house in Vienna, Austria has announced for 3 May, 2011, an auction of African art objects from the collection of the late Prof. Dr.Ludwig Leopold (1925-2010), founder of the Leopold Museum in Vienna.(1)

The announcement refers to”Tribal Art of Africa, objects from the unknown Collection of Prof. Dr. Rudolf Leopold”. Indeed, very few persons were aware that Dr. Leopold, collected African artworks. The Leopold Museum and Rudolf Leopold are well-known for their collections of modern European art, especially, the Vienna avant-garde - Gustave Klimt, Oskar Kokoschka and Egon Schiele. However the names of Dr. Leopold and his museum have been recently largely associated in the minds of many with the various attempts to deny to successors of those persons whose artworks were looted by the Nazis or were forced to sell them at ridiculous prices. The museum did not willingly return artworks in its collections with Nazi tainted history and legal battles had to be fought before such cases could be settled. (2) Leopold and his museum did not give in easily to claims for restitution of Nazi-looted art objects.

Ancestral Figure, Ibo, Nigeria.
The African works that have been proposed for auction are of very high quality as may be expected from a person with the knowledge, experience and passion of Leopold. He could hardly have failed to appreciate the exceptional craftsmanship of African artists and to understand the extraordinary fascination of African art as experienced by Picasso, Matisse, Klee, Nolde, Kirchner Vladminck and other modern European artists.

The catalogue for the auction gives us some brief descriptions about the objects and the countries of origin but no precise dates of acquisition are stated nor are we provided with a history of the objects, their modes of acquisition and their provenance. The only date given is in the general statement in the catalogue that “All objects in this auction date from the 19th century or the 1st half of the 20th century unless otherwise stated.” (3) When, from whom and under what circumstances these objects were acquired, remain unmentioned.

This is rather surprising coming from a country where there have been in recent years lots of discussions on provenance. Moreover, the objects come from the collection of a person who has been at the very centre of the most important debates and cases of restitution in Austria. It looks almost as if for the Dorotheum the discussions on provenance are not relevant to African art and therefore there was no need to provide adequate description showing the history of acquisition of each object. Were these objects acquired as gifts? Were they purchased and from whom? Were they acquired before the entry into force of the UNESCO Convention on the Means of Prohibiting and Preventing the Illicit Import, Export and Transfer of Ownership of Cultural Property 1970? It is true though that Austria has not yet ratified this Convention. (4) 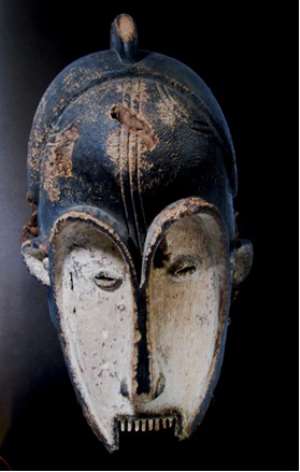 The only concession made by the auction house to the need for a clear and transparent record of the ownership history of the object seems to be a declaration at the beginning of the catalogue which states:

“The Dorotheum is a partner of Art Loss Register. All items listed in this catalogue - provided that they could be definitely identified and whose valuation has been determined at Euro 1.000, - or above- were individually cross-referenced with the Register's database during the preparation of the auction” (5)

But, does the consultation of the Art Loss Register exhaust the exercise of due diligence in dealing with art works of foreign origin? Did the organizers really expect that many looted/stolen/missing African art objects will be in the Art Loss Register or did they find this register a convenient excuse for not bothering about issues related to looting and illegal transfer of African art and all the implications of the brutal and nefarious colonial rule, with its systematic denial of human rights? More has to be done in tracing the origins and history of artworks, especially if they come from countries with which the auction house has very little connection. African art objects systematically looted/stolen under the colonial regime and after independence are not likely to be found in the Art Loss Register established in 1991 in London.

In a note entitled “Due Diligence and Auction Houses: the Italian Dimension” David Gill states that:

“Over the last few years there have been several instances from both sides of the Atlantic when auction houses and dealers have offered antiquities for sale that have been identified from images seized in police raids in Switzerland and Greece. The auction houses will no doubt claim, and indeed have claimed, that they have conducted an appropriate due diligence search. Yet it is clear that the procedures followed by the auction houses lack appropriate rigour. They rely on searching databases that will indicate objects stolen from recent collections but not items removed illicitly in recent years from archaeological contexts.“ (6)

Gill offers suggestions to auction houses and dealers on how to avoid artworks that have recently surfaced:

b. Can the collecting history be traced back to the period prior to the 1970 UNESCO Convention? If not, how can the gap be explained?

Contacting the authorities of the source countries can be advantageous to the auction house and potential buyers. Later surprises and difficulties can thus be avoided.

We do not know whether Dorotheum has contacted any of the African countries where the objects were produced, such as Nigeria or Cameroon. We also do not know whether for example, the Nigerian authorities intend to participate in the bidding, directly or indirectly, as China has done in some auctions to recover looted/stolen Chinese artefacts. We know that the Nigerian authorities have in the past bought looted Nigerian artefacts, such as the Benin bronzes, from the British Museum. (7) But this practice is disapproved by many Africans who do not see why their governments should pay for their looted objects. They would rather expect their governments to demand directly the return of such artefacts to their country of origin. 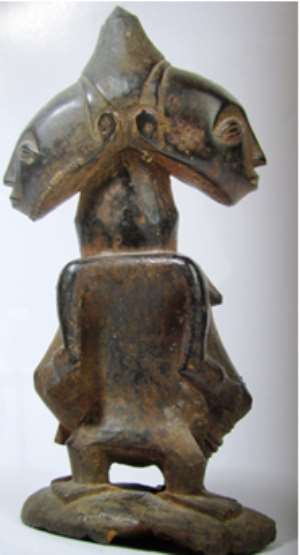 Some of the objects acquired by Leopold may have formed part of the collection of Charles Ratton, a famous Parisian art dealer and collector of African art. A few of the works seem to have appeared in the film Les statues meurent aussi by Alan Resnais, a friend of Ratton whom he advised in the making of the film.(8)

If any of the objects were acquired in Paris or Brussels, it would be legitimate to inquire a little more closely since it is well-known that these two places provide for the bulk of African artefacts that have been looted or illegitimately taken out of the African continent. Readers will recall the brutal methods used by the French expedition, Dakar-Djibouti, to collect artefacts from Africa. Michel Leiris, a member of the expedition has provided in his book, L'Afrique Fantôme (1951) vivid descriptions of the methods used. (9)

In an interview given in a webblog, the curator of the Dorotheum exhibition, Prof. Erwin Melchardt, is quoted as saying that Leopold bought the African objects mainly from the European and American markets, auctions and from dealers; he never went to Africa himself (10) Thus Leopold's acquisition of African art objects is subject to the same difficulties and doubts as other Western acquisitions of African art objects - lack of transparency and absence of full and detailed record of the history of acquisition that would enable a reader to pursue any meaningful investigation.

The Western market of African art objects is full of objects of dubious provenance and one would expect exhibitions to-day to assist in tracing the trajectory of these objects in European museums and private collections that refuse to return them to Africa. Can an auction on African art today, in Austria, afford not to take these issues into account? Protection of Human Rights with Regard to Looted Artefacts? “ http://www.museum-security.org

In his book, In Search of Africa (Harvard University Press, 1998) Manthia Diawara has this to say about Ratton: “Charles Ratton, an important French collector and dealer, collaborated with the Nazis during World War II. His tainted reputa¬tion forced the Louvre to decline important gifts—masks and statues that he wanted to donate to the museum in 1986. The best part of Ratton's collection can be found today in a new museum of African art called the Musée Dapper, in Paris.” From an extract of the book at

The author has 275 publications published on ModernGhana.

Stiffer sanctions needed to punish persons who engage in tax...
38 minutes ago