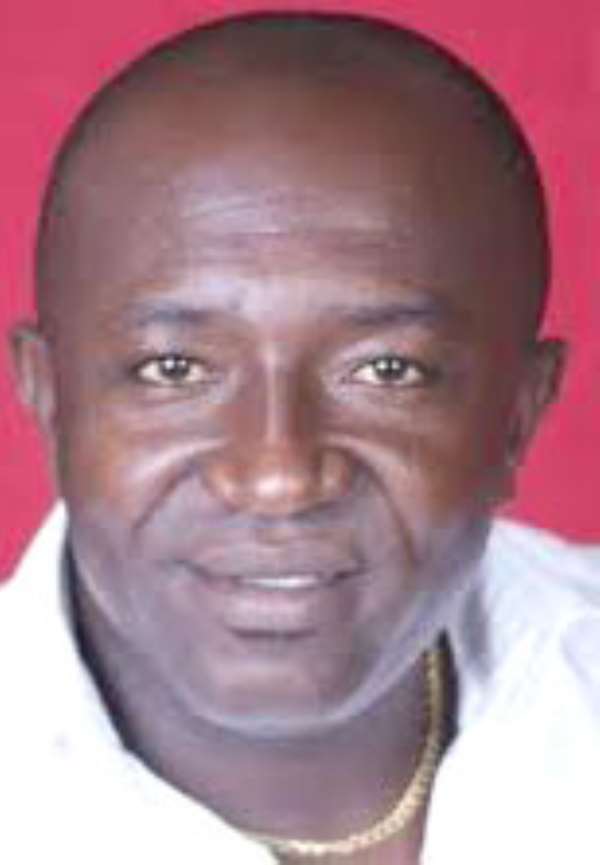 THE DREAM of New Patriotic Party Member of Parliament for Obuasi, Mr. Edward Ennin to represent his constituents in parliament for a successive third term hit the rock at the weekend, when he was 'washed away by tsunami'  in the party's parliamentary primary.

It was Kwaku Kwarteng, a former communication Director of the opposition NPP who ensured that the MP's dream was shattered.

In the election held at the Len Clay sports stadium, Mr. Ennin polled 268 votes as against 345 by Kwaku Kwarteng, the eventual winner. Saturday's election was the third between the two, as the MP had earlier beaten Kwaku Kwarteng on two occasions.

The jubilation that greeted the declaration by the Obuasi Municipal Director of the Electoral Commission Mr. Francis Addai Boateng was one of a joy and happiness, as his supporters sung and danced, with some shouting 'our new honourable, our new honourable'.

Mr. Kwarteng in his victory speech thanked the polling station executives for the confidence reposed in him and urged them to continue to work hard for the party.

He called for unity and oneness, stressing 'there is no winner or loser in today's election. What is important is for us to come together and restructure the party for victory in 2012″.

His supporters later drove him through the principal streets of Obuasi, heralded by touting of vehicles and praises from onlookers. Though the election was generally peaceful, it was intermittently characterised by tension, disputes and anxieties.

Election 2020: You'll have ‘fugitive’ president should Maham...
27 minutes ago