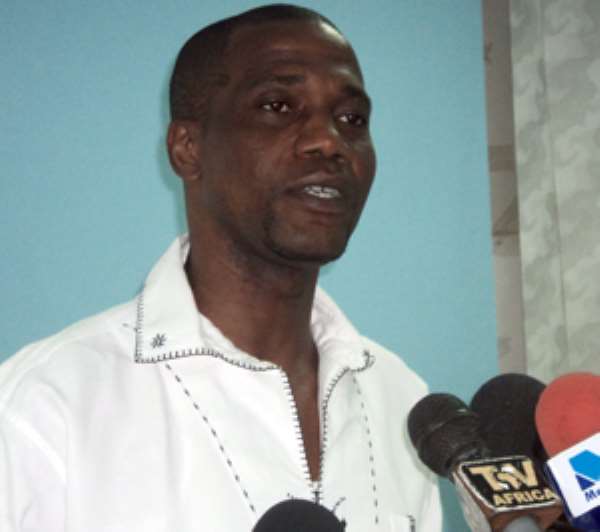 A 42-year-old electrical engineer, Jacob Osei Yeboah, has declared his intention to contest the 2012 presidential elections as an independent candidate, promising to give both the ruling National Democratic Congress (NDC) and the New Patriotic Party (NPP) a good run for their money.

He said the current system of democracy where the President was elected on the basis of political affiliation would continually breed conflicts, destabilization and polarization, adding, 'The time has come for the search of a new democratic construct that will be relevant to the peculiar multi-ethnic societies.'

Declaring his intentions to be president at a well-attended news conference in Accra on Thursday, Mr. Osei Yeboah, who prefers to be called Joy, said Ghana, since independence, had become a client state evermore dependent, and the people had become shadows of themselves.

He said the 2012 elections would mark the beginning of a new world order when the untested democratic governing system and structures emerge to stop political intolerance, economic stagnation and socio-cultural deprivation.

'The time has come for us to begin to embrace a new leadership that feels, sees and understands the heartbeat of Ghanaians.'

Mr. Osei Yeboah said when elected, he would offer a leadership that was not imposing, despotic, partisan and divisive, and would seek and solicit the views of the masses as well as mobilize the people to harness the resources of the country for development.

'My leadership would see a paradigm shift from the governance style of the tyranny of the majority in parliament. There will be a definite shift from the inordinate pursuit of parochial interest in the service of a party or mafia within a political party and not that of the state and its people.

'The winner-takes-all system, tyranny of the majority in parliamentary decision processes, one-man one-vote, non-participation system has relegated, displaced and misplaced the real energy inherent in the Ghanaian and African traditional values,' he stated.

He said, 'The emerging Ghana and entire Africa do not need politicians to do politics with our lives and confuse us. Ghana needs thinkers, initiators, builders, and a leadership with insight and perspective. It needs men and women with burdened hearts for its people.'

Mr. Osei Yeboah said he was determined to leave an indelible mark on Ghana's political history when elected, saying, 'I will continually focus on empowering the business community to create wealth for all the people.'

He said the time had come for Ghanaians to speak out against eulogizing 'mediocrity, non-performance, hypocrisy and thievery' and hold leaders accountable for their actions.

'Election 2012 is not about an individual or a political party ascending to power for the sake of it but about the future of Ghana and the entire Africa where the leadership is capable of managing its human and material resources for the benefit of all,' he noted.