Armed robbery on the increase in Ashanti Region 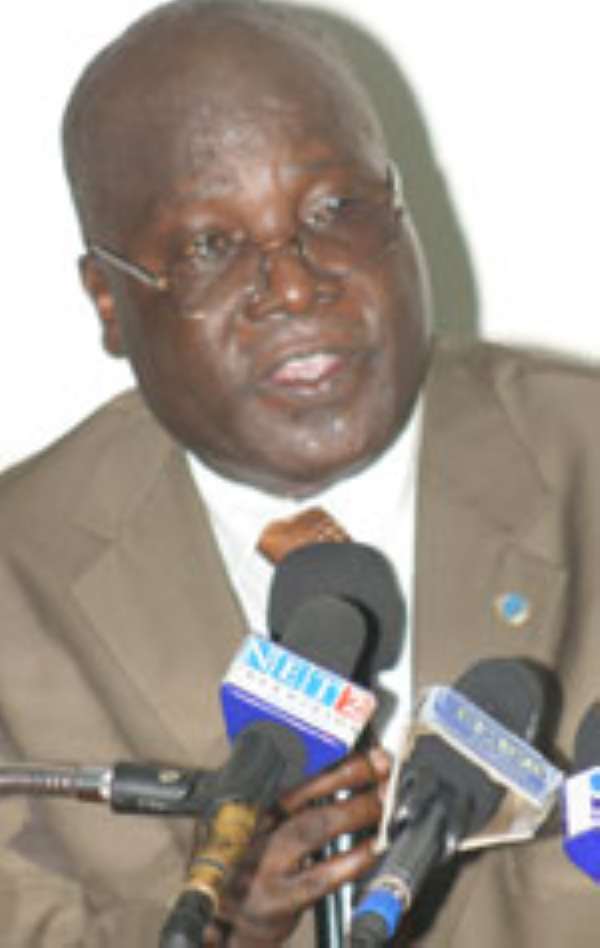 In spite of the successes chalked in clamping down armed robbery in the first quarter (January -March) of the year, data released by the Police indicate that the situation is very alarming in the Ashanti Region.

According to the Police, the Ashanti Region in the first quarter of 2011 recorded eighty (80) reported cases as against fifty (50), representing 56.9% increase recorded in the previous year (2010).

The Brong Ahafo and Western Regions also recorded increase in armed robbery cases in the quarter under review, according to a data released by the Police at a press conference in Accra.

Fourteen (14) reported cases, the Police said were recorded in the Brong Ahafo Region as against eleven (11) recorded during the same period last year, whilst the Western Region recorded twelve (12) cases in the quarter under review, as against four (4) the previous year.

The Upper East Region recorded the least number of cases, recording three (3) in the period under review, as against five (5) recorded the same period last year.

Overall, the Police said robbery situation in the country recorded a decrease within the first quarter of 2011, as compared to the same period in 2010.

'A total of 273 robbery incidents were recorded in the period under review as against 354 cases the same period last year. This shows a decrease of 81 cases, representing 22.9%,' ACP Vincent Redeemer Dedjoe told journalists at a press conference.

A total of fifty-three (53) suspected robbers, according to the Mr. Dedjoe were arrested within Accra, Ashanti, Tema and the Eastern Regions over the period. Two policemen were reported to have lost their lives whilst on duty at Akwamufie in the Eastern Region and Agomeda in the Tema Region.

Two civilians, the Police said also lost their lives as a result of robbery attacks in the Volta and Ashanti Regions with one suspected robber being lynched by angry mob in the Accra Region.