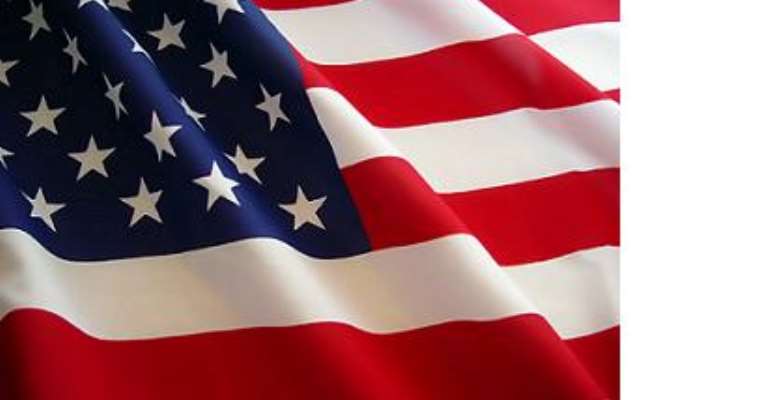 Reliable sources at the United States Embassy in Accra have emphasised that the processes by which the Bureau of Democracy, Human Rights and Labour, a US Department of State, arrived at its 2010 research findings on human rights practices in Ghana which made some disturbing revelations attracting government flak were fair and reliable.

The report, which was released on April 8, this year, according to the sources, was as the result of “regular, transparent engagement with Ghana's public institutions, including government ministries and agencies, civil society, the media, and international organizations.”

Also, the report was a compilation of the Embassy's daily assessment of factors contributing to human rights in Ghana, which were confirmed through direct contact with key participants.

“The research reflects the importance that the United States gives to respect for human rights around the world,” the sources said.

Since its release, the report has generated varied reactions with state institutions such as the Ghana Police Service - cited as the worst in the violation of human rights – dismissing the findings contained in the report.

The Acting Public Affairs Director of the Ghana Police Service, Deputy Superintendent of Police (DSP) Cephas Arthur who had not sighted a copy of the report as at Tuesday when this Journalist visited him, nonetheless mounted a strong defence of the Service. “On the issue of excessive use of force by the Police, where a specific case of engagements or confrontations between the Police and armed criminals or robbers were cited, the findings were unfounded and unfortunate,” he said.

He explained in an interview with journalists that in situations such as these, the police were not blameable especially when they adhere strictly to the service's rules of engagement.

According to him, in the course of maintaining law and order as well as providing security to the citizenry, “the law says that if the police find themselves in a situation where their lives are in immediate danger; they are permitted to return fire to defend themselves and protect lives and property.”

“There are, however, instances when the Police had resorted to non-lethal means, when they could have used lethal force to arrest armed criminals, even at the peril of their lives. A case in point is the Akwamufie disturbances where some armed demonstrators attacked the police, killing one of them and injuring the other. Rather than returning fire the Police used a more professional approach considering the mayhem that would have been caused if they had used the former option,” DSP Arthur opined.

The findings of the report, however, blamed the police service for human rights abuses by way of brutality, corruption, negligence, and impunity.

The sources at the US Embassy said it was required by the US Congress that the State Department submitted reports on human rights practices on countries, which receive United States assistance or are members of the United Nations, every year. The 2010 human rights report is the 35th annual report on Ghana to the United States Congress.

The United States also examines its own human rights record against its international obligations and commitments. The United Nations Human Rights Council's Universal Periodic Review (UPR) process evaluates the human rights records of each of the 192 UN member states once every four years.

“Our UPR report was submitted in 2010, following a rigorous consultation process with American civil society and a review that included comments from 228 sources including Ghana. In fact, we support a recommendation made by Ghana regarding the handling of civil liberties and discrimination in the United States,” a source said.

It added that the US government's interest in conducting a survey on Ghanaian public institutions “gives us a platform to discuss human rights in Ghana. We welcome constructive criticism of these reports as they allow us to further these discussions. They also inform U.S. Government policymaking, and serve as a reference for other governments, international institutions, non-governmental organizations, defenders of human rights, and journalists.”

The country reports, the sources said, assessed each country's situation independently against universal human rights principles during each calendar year and each country report is intended to stand on its own. Countries are not compared to each other or placed in any order other than alphabetically by region.

Asked how the findings in the report would affect United States supports and aide to the institutions mentioned, the sources stated, “The relationship between the United States and Ghana is the result of many, many years of partnership and mutual understanding built through commercial, educational, familial and other ties.

“This relationship remains strong. The United States Government regularly reviews all of its development assistance programs based on a variety of parameters. The human rights and other congressionally-mandated reports allow the U.S. Government to understand the needs of the country better and to more wisely allocate available funding.”

The 2010 State Department report indicated that the 33-person Police Intelligence and Professional Standards Unit (PIPS) investigated human rights abuses and police misconduct. During the year PIPS received 1,034 new cases; of those, 430 cases were closed, and 604 remained under investigation at year's end. Out of the 604 cases still being investigated, 100 involved complaints of harassment, 37 involved unlawful arrests, and 46 involved alleged police brutality with human rights violations.

“Delays in prosecuting suspects, rumours of police collaboration with criminals, and a widespread perception of police ineptitude contributed to vigilante violence during the year. There were also credible reports that police extorted money by acting as private debt collectors, setting up illegal checkpoints, and arresting citizens in exchange for bribes from disgruntled business associates of those detained. Low salaries, which were sometimes not paid on time, contributed to police corruption. On July 1, the government implemented the Single Spine Salary Structure, which increased the salaries of all police officers,” the report stated.

On the question of extortions, DSP Arthur was emphatic that the police administration would not entirely deny the issue of extortions on the part of some police officers of the Motor Traffic and Transport Unit (MTTU), but added that forms a fraction of the Ghana Police Service.

He argued that the “MTTU constitutes a small percentage of the police strength and so though the attitude of these people is reprehensible, they are not enough reason for the report to generalize the attitude and performance of the service.”

“It is just the few bad nuts within the MTTU, who are dragging the name of the service in the mud. A great number of them are doing genuine professional police work to ensure law and order on the roads,” he said.

The Police administration, he noted, was aware of the canker and had already taken steps to flush out those miscreants. He even cited the 'Image Cleansing' campaign, which was launched in 2010 in order to redeem the bad image of the service to meet international policing standards. The campaign, DSP Arthur said, was already yielding some positive results.

Aspect of the report highlighted on arbitrary arrest or detention, pointing out, it is required by law for the police to acquire judicial warrants for arrest and it provides also, for arraignment within 48 hours. However, the 2010 report on human rights practices in Ghana stressed that persons were frequently arrested without warrants and detention without charge for periods longer than 48 hours.

It said the police detained some prisoners for indefinite periods by renewing warrants or by simply allowing them to lapse while an investigation was conducted.

Lengthy pre-trial detention, according to the report, remained a serious problem, citing the “Prisons Service's 2009 Annual Report, 28 percent of the prison population was in pretrial status, a decrease from 30.5 percent in 2008. Detainees sometimes served more time in detention awaiting trial than the sentence for the crime required. In 2009 the CHRAJ reported that one inmate at Nsawam Prison had been in pretrial detention for 17 years.

During the year, prison officials, courts, and police continued efforts to reconstruct the files of at least 300 pre-trial inmates; the files had been missing since at least 2007. Once files are reconstructed, trials of the detainees may begin. At year's end, 136 inmates had been released.”

Meanwhile, the Acting Public Affairs Director of the Ghana Police Service said in some exceptional cases like armed robbery, murder, rape, drugs and others, it took a little bit of time to process suspects for court and that was why some cases seemed prolonged.

Election 2020: Don't risk your life for self-seeking politic...
23 minutes ago