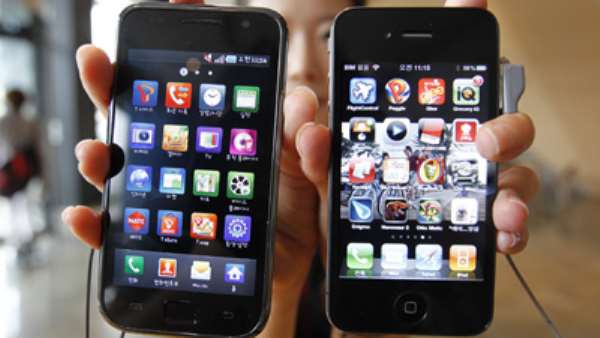 Apple is suing its rival Samsung Electronics for allegedly copying the design of its iPad and iPhone.

It claims Samsung's Galaxy range of mobile phones and tablet "slavishly" copy the iPhone and iPad, according to court papers.

Apple's claims focus on Galaxy's design features, such as the look of its screen icons.

Samsung said it had conducted its own research and development and would contest the allegations.

As well as being a competitor, Samsung supplies Apple with microchips that are used in some Apple products, such as the A4 and A5 processors, as well as memory chips used in MacBook Pro computers.

In the world of smartphones and tablet computers, being sued for alleged patent infringements could be considered a badge of honour, a sign your products are cutting edge, a threat to rivals.

Apple is suing the likes of Motorola, HTC and Samsung; Nokia is suing Apple; everybody counter-sues each other. Poor Sony Ericsson; its products don't seem to merit a law suit.

These legal machinations are not that much about who wins them. Mobile innovation is accelerating and the window to exploit each new technology is getting smaller. Lawsuits are a chance to sow doubt, distract, slow down the competition.

They are not even about Samsung, HTC or Motorola, who have become proxies in a much bigger battle: the fight between Apple and Google, and their respective mobile operating systems iOS and Android.

Unless one side lands a killer blow, consumers should be able to sit back, and enjoy the fruits of this fierce competition.

The lawsuit was filed on Friday and alleges Samsung violated Apple's patents and trademarks.

Apple spokeswoman Kristin Huguet said in a statement: "This kind of blatant copying is wrong."

However, Samsung said that its products are a result of research and development carried out by the company.

"Samsung's development of core technologies and strengthening our intellectual property portfolio are keys to our continued success," the company said in a statement.

The Korean electronics maker also said that it will contest the allegations "through appropriate legal measures to protect our intellectual property".