John Rawlings-A Thorn In Mills' And The Ghanaian Collective Side! 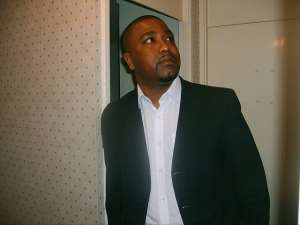 When we criticize this megalomaniac, myopic and bootlicking sycophants can't wait to tear into us! When it is pointed out that this man Rawlings has a god-complex, stooges- who refuse to see reason -still run their mouths! I mean I have finally come to see the futility of my efforts at appealing to the sense of reason in the devotees of John “Pious” Rawlings! Poignantly I have had to resign myself to the fact that, alas, common sense is indeed not that common, at least not when it comes to the supporters of John Rawlings! Dear reader I have had to ingest a bitter pill! I have had to remind myself that not everyone has the intellectual capacity that I have or the sense of fairness that is required to objectively judge this man Rawlings; and to find him guilty of gross misconduct, malevolence, unfairness and outright buffoonery!

How long must I and other well meaning Ghanaians run the gauntlet? How long will the simple refuse to learn wisdom? How long must the demagoguery, pert and outright childishness of Rawlings' behaviour be exposed and still people will not hear or see reason? How long is it to take for supporters of Rawlings to realise that the man is not only insular and tyrannical but also selfish and immoral?

This man undertakes a coup d'état in 1979; orders the execution of countless Ghanaians; hands over power deceptively to the people of Ghana. The Ghanaian populace votes for a new president in the person of Hilla Limann but before we know it Rawlings undertakes another coup, kicks this man out of government and places himself in power. He rules unopposed for 12 years. In all this time he has the absolute power to do everything he so wishes in the country. If ever there was time that any president in Ghana could steer the country to economic development this was it. There was no opposition to criticize; to listen to or distract from his much-ballyhooed “accountability and integrity”. When the emirs of the United Arab Emirates had the opportunity to rule unopposed over that country they chose to channel the resources of that country towards economic development and to do all they possibly could to make the country prosperous because they may have well been aware that the best time for a ruler to accomplish his uttermost is when he rules unopposed. In the UAE case the evidence is plain for all to see. The rulers of the country have not had to argue about the good they have done since the evidence on the ground, in the pockets of the people and on the skyline of the various emirates is good enough testimony. But the Rawlings case was different! Twelve years was not enough to take Ghana to the Promised Land. The righteous son of God needed more time. He was given an extra four years to complete his work. For good measure he was given an extra 4-year term. Surely 20 years was good enough for any mortal, let alone the virtuous and flawless Junior Jesus, to finish his work. Had Christ Jesus had 20 years for his ministry on this planet, I am sure John Rawlings himself would have by now been convicted of his many killings and would have long sought redemption at the Edumfa Prayer Retreat!

One would have thought that a man like Rawlings, who had personally ordered the killing of countless people and yet been given the chance to rule Ghana for 18 years, would have had the sagacity, modesty and moral fortitude to allow whoever the Ghanaian populace choose to rule over them have some peace of mind to rule the country. After all whoever came after Rawlings only had a maximum of 8 years to rule and so cannot be expected to repeat the 'economic miracle' that he achieved! But not John Rawlings! As far as he was concerned John Kufour was a murderer! He had murdered the Yaa Naa and as such must be brought to justice! BUT WHAT ABOUT YOU, MR. RAWLINGS! WHAT ABOUT ALL THE PEOPLE YOU KILLED! SHOULD YOU NOT BE BROUGHT TO JUSTICE? Forgive me for shouting dear reader but I get a bit emotional when I listen to such guff from the overly self-righteous John Rawlings! In an interview with John Kufour he lamented thus” I have done everything humanly possible to live at peace with this man Rawlings but to no avail”. Not even the fact that a court of law had ruled on the Yaa-Naa case would pacify the cry for blood by Rawlings! It's either the courts rule in favour of what he believes to be the case or the court is biased in favour of the NPP. He and his gigolo, Kwabena Adjei, postulate the jaundiced idea of finding ways of killing the proverbial feline within the Ghanaian judiciary. But the fact is that as the Supreme Court presently stands only 3 of the sitting judges were appointed under the Kuffour administration. Six of them, a clear majority were indeed in office before the NPP government was sworn into power. The same goes for the Appeals Court where a clear majority was appointed not by the Kuffour administration by were in office before he took office. So wherein lays the bias?

Eventually John Mills is voted into power. One expects the Junior Jesus to be contented. He suggests things to the president. John Mills listens, takes it on board but has to necessarily listen to other people and then eventually do what is best as he sees fit. Rawlings starts to get flustered! He wonders why Mills is not doing everything he tells him. Eventually the criticism starts, in trickles at first, but then later in torrents! Mills keeps his cool but the abuse is getting too much! Eventually John Rawlings puts forward his wife up for candidacy for 2012. Reportedly Mills' cool is eventually blown when he retorts at the NDC National Executive Committee “I have to respond, I have to respond, it is not fair, it is not fair, I have to respond”. (See: Mills Cries At NDC Meeting. General News of Monday, 11 April 2011). The man is clearly fed up and wishes to respond to the self-righteous and callous allegations made by this man Rawlings!

One cannot help but to feel sympathy for Mills. I mean there is no hiding the fact that I am an NPP member but I cannot help but feel genuinely sorry for John Mills. It must be hell for him to be in the same party with Rawlings! It must be hell for him knowing that this Rawlings man will just not let him be! But then again he knew it before he got himself into it in the first instance. He should have known that the man nurtured a god-complex of Caesarean proportions. This was a man who had physically assaulted his deputy; this was a man who had ordered extra judicial killings; this was man who had ordered excreta to be dumped at the offices of Kweku Baako; this was a man who had stood by when his crazed body guards overturned a taxi at Nima just because that driver had supposedly driven carelessly; this was a man who authorised the assault of Selassie Djantuah for daring to break up with his daughter! When he stood at the Swedru Declaration with that befuddled smile on his face after he had been single-handedly anointed by Rawlings he should have known that the Chairman would require unquestioned and sycophantic loyalty from him!

In as much as I am an NPP supporter and for what it's worth I pray and hope to God that John Mills be voted back by the delegates of the NDC and that Rawlings, his wife, Spio-Garbrah and all the other scallywags and sycophants be silenced once and for all!