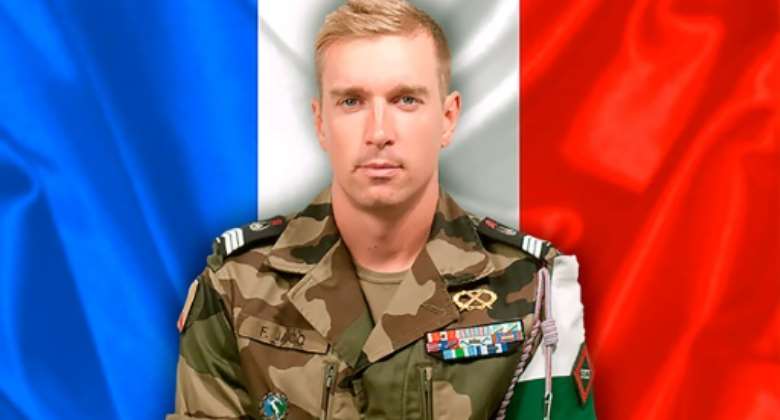 French soldier Fabien Jacq died overnight on November 5, 2016 from injuries sustained in a mine blast in northern Mali. By (SIRPA/AFP)

Paris (AFP) - A French soldier deployed in a counter-terrorism force in Mali died overnight from injuries sustained in a mine blast, the defence ministry said Saturday.

The jihadist group Ansar Dine, which has ties to Al-Qaeda, claimed the attack on social media, saying it took place some 60 kilometres (40 miles) from the northern town of Kidal.

In a statement, the French defence ministry said "two armoured vehicles in a logistics convoy... came under attack from an explosive device as they were driving to the northeast of Kidal."

"The explosion led to the death of Staff Sergeant Fabien Jacq, lightly wounded another soldier," the statement said, adding that three other soldiers were concussed in the incident.

The French army said that there were 60 vehicles in the convoy and that it was unclear how the device was detonated.

A foreign military source in Mali confirmed to AFP that Jacq was serving with Operation Barkhane in the north-east of Kidal, and that two vehicles had been "blown up by an explosive device" leaving the soldier badly injured.

The death of Jacq, 28, brings to 16 the number of French soldiers killed in Mali since France first intervened militarily in January 2013 to help drive back Islamist jihadists who had overrun parts of the west African country, a former French colony.

Three French soldiers were killed in April when their vehicle also struck a mine in the north of Mali.

Jihadists have been driven back from Mali's main cities in the French-led operations but vast swathes of the country remain out of the control of Malian and foreign forces.