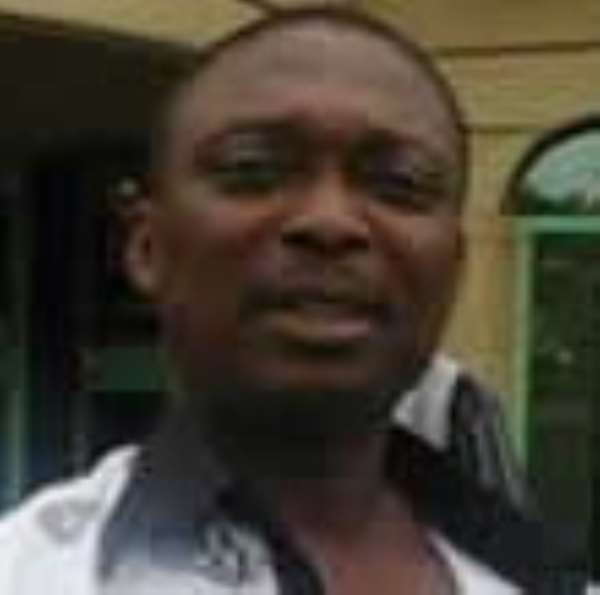 
The Editor-in-Chief of the New Crusading Guide, Abdul Malik Kweku Baako Jnr has said former President Rawlings' claim of being in possession of video evidence that could help in unraveling the mystery behind the killers of the Ya-Na is just a waste of everybody's time.

He said the video evidence that Mr. Rawlings talked so vehemently about is only a video footage of a young man who claims to be one of the sons of Ya-Na Yakubu Andani called Natogma Andani, taken by the ex-President's former aide, Victor Smith.

Mr. Kweku Baako who was a panellist on Joy FM's current affairs progamme Newsfile Saturday said the young man was brought into the country by this present administration from his UK base to assist in the investigations involving the death of the Ya-Na.

He explained that Natogma Andani is reported to have been in possession of an audio evidence of what transpired within the period when the Ya-Na was murdered, adding the audio recording was just Natogma's own view of what happened.

Mr Baako said Natogma was then invited over by the former President whose aide at the time, Victor Smith, took a video of Natogma narrating what transpired.

He said if there was anything else, the former president should let the world know, insisting that this “is the kind of evidence Rawlings has wasted our time with.”

Mr. Baako further accused leaders of the ruling party and some elders of the Andani family for peddling untruths and propaganda just to inflame the passions of the people.

“The fury of the Andani Youth is as a result of a subculture of misinformation, misinterpretation, lies and propaganda by some NDC [functionaries] and some Andani elders,” he said stressing that “the worst culprit is Mr. Rawlings.”

He said the NDC has made too much noise about the death of the Ya-Na only so they can gain political advantage, adding even though everyone will like to see the culprits of the heinous crime brought to book, the processes must be done within the confines of the law.

A leading member of the NDC Seth Ohene Ofori who was also a panellist on the programme however debunked the notion that the NDC wanted to gain political advantage with the death of the Ya-Na, explaining that the people of Dagbon must be given an opportunity to settle their problems through justice.

Mr. Ohene Ofori said the NDC was only trumpeting the need to find the killers which is an ingredient needed in the processes leading to finding a lasting solution to the crisis in Dagbon.


There is nothing wrong with finding Ya-Na's killers

Deputy Minister of Information Samuel Okudzeto Ablakwa stressed that it was not wrong for the NDC to go after the criminals behind the dastardly act and that the government is focused on finding the culprits behind the death of the king.

He said comments from the opposition create the impression as that finding the killers of the Ya-Na was not necessary.

He said Ghana has witnessed too many unsolved murders in the past and it has become necessary to ensure that the country is rid off such chaotic problems.

He further denied comments by the Director of Communication of Nana Akuffo-Addo's 2012 Campaign Team, Nana Akomea who was also on the programme that the government funded the demonstration by the Andani Youth.

Nana Akomea had earlier stated “there is no doubt” that the government funded the demonstration seeing how the demonstrators were organised and transported within a short period from the Northern region to Accra.

But Mr. Okudzeto Ablakwa said, this could not be the case as government was also at the receiving end of the demonstrators.

He said the demonstrators, apart from calling on the judiciary to do an introspection, accused government of not preparing well enough before going to court and therefore called on the Attorney General to re-examine the facts in order to do a better job with the appeal.

He however condemned comments by the leadership of the Andani Youth who made threatening remarks due to the absence of the Chief Justice when they handed their petition to the Judicial Secretary.

Mr Ablakwa said such comments should not be encouraged in the country's body politic.