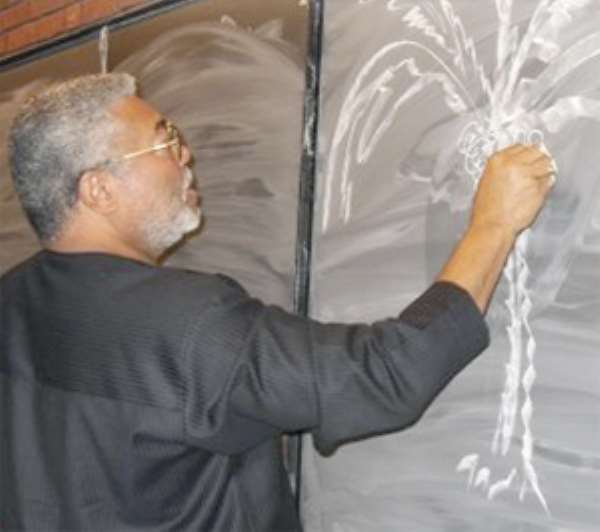 The Police Service has hinted it may invite former President Rawlings to give evidence in the Dagbon overlord's murder case if need be.

Mr Rawlings has always claimed he has evidence that could lead to the arrest of the killers of the late overlord who was beheaded in a three-day war-like situation at his Gbewaa Palace in March 2002. The Northern Paramount chief was killed along with 40 of his subjects.

Two separate trials of different suspects spanning the Kufuor and Mills administrations have failed to find the killers. A recent acquittal and discharge of 15 accused persons in the case by a Fast Track High Court stirred a storm of chaos, vandalism, recriminations and threats amongst others in the ruling NDC.

The Inspector General of Police recently announced a review of the docket to plug any loopholes by inviting relevant witnesses.

Acting Public Affairs Director of the Ghana Police Service, DSP Cephas Arthur told Citi News Mr Rawlings could be one of those witnesses that may be invited by the Police.

He said, 'If in the course of reviewing the investigation, it is found out that there is the need to invite any person who is in a position to offer us very useful evidence, we would definitely invite that person, irrespective of the person's status in society'.

DSP Cephas Arthur further told Citi News 'We would not be limited to former President Rawlings; anybody with useful information would be invited. I'm not saying for certain that we'd invite Rawlings though'.