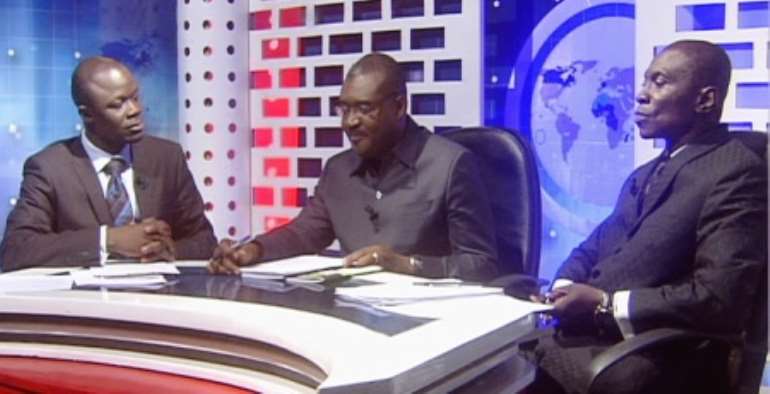 The Deputy Minister for the Interior, Kobby Acheampong has linked the violent clashes which broke out in the Northern Regional capital, Tamale, last week, to an intelligence failure.

Andani youth aggrieved by the acquittal and discharge of Abudus standing trial for the murder of the Ya-Na went on rampage, burning offices of the NDC. They allegedly vandalised other state property and stubbed one person to death.

Speaking on Multi TV's current affairs program PM Express, Mr. Acheampong said the state's security apparatus picked up intelligence signals that some people were “buying calico from the markets in Tamale and Yendi. If we had interpreted the buying of the calico carefully, we would have known that there was something about to happen because why would people buy calico from the markets in bulk?”

He admitted that once the violence broke out, “the security establishment went into operational mode to put in place the necessary safe guard ... [but it was late].”

He explained that “with intelligence gathering, you have to be on the spot to make the kind of decision you need to make”, explaining that the buying of calico could have also meant something else, hence, had they gone ahead to implement the kind of security measures they had intended, “it would have been in vain”.

Mr. Acheampong said that the curfew imposed on the Tamale area because of the violent clashes was lifted on Tuesday to allow life to return to normalcy as the security establishment observed developments on the ground.

According to him, the people “are beginning to see things from a different perspective hence we need to allow life to come back to normal.”

Mr. Acheampong reiterated government's determination to get to the bottom of the Ya Na murder trial.

He said “once someone has been murdered, justice needs to be served” and the perpetrators must be brought to book.

On the way forward, Mr. Acheampong said “justice denied can never bring peace in that place”.

But, in reaction, Kwame Gyan, a legal practitioner who was also on the show, said in order to lay the matter to rest permanently, there was the need to re-orient the public on what constitutes justice.

Justice, he said, does not mean securing a conviction and a sentence.

“It means the principles and the precepts and the prescriptions of the rule of law which is the foundation of this constitutional dispensation of ours have been complied with.

“Justice and outcome are not coterminous” he stressed.

“If we continue as if justice is a one-way street, we'll never find it. We have to re-orient our thinking on what justice is.”

PM Express airs on Wednesday at 9pm on the Joy News Channel on Multi TV.