How to resolve the Ivorian crisis 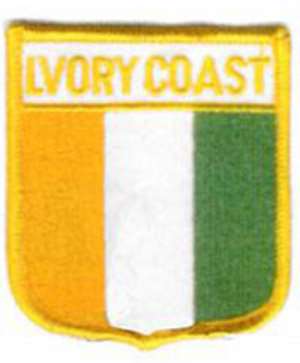 Thus, ECOWAS and the AU should change their stance, and ensure that the granting of full citizenship and enfranchisement is done properly, and the election re-run as soon as possible.

Many of us are deeply troubled by what is happening in the Ivory Coast (La Cote d'Ivoire). The fundamental issues are being overlooked. The consequences and ramifications of this denouement are also being overlooked.

From the 1960s onwards, as the economy of Ivory Coast boomed, there was considerable immigration from neighbouring countries, particularly, Upper Volta and Mali. A significant proportion of the migrants went into the cocoa sector as labourers; they contributed to the fast growth of that sector, which resulted in Ivory Coast overtaking Ghana in 1978, as the leading producer and exporter of cocoa in the world. The migrants played a similar role in the growth of the coffee sector, as the Ivory Coast became a major producer and exporter by the mid 70s. Beyond agriculture, the migrants worked in other sectors of the economy.

Ghana had a similar experience of high immigration and contribution to economic activity, especially, by Nigerians, when the economy grew fast in the late 1940s and 50s.

In the run up to the 1995 election, Ouattara started asserting that his father, who was widely known to have been from Upper Volta (Burkina Faso), was Ivorian. Largely, in reaction to Ouattara's claims, the National Assembly approved an electoral code that barred candidacy if either parent was not Ivorian. Thus, Ouattara was disqualified, and he subsequently declined the nomination of his party, the Rally of the Republicans (RDR). Then the RDR, as well as the Ivorian Popular Front (FPI), the party of long-standing opposition leader Laurent Gbagbo, boycotted the elections. The incumbent president, Henri Konan Bedie, the candidate of the ruling Democratic Party of La Cote d'Ivoire (PDCI), was re-elected.

Under General Robert Guei, a new Constitution was approved by referendum in July 2000, in which the parentage requirement was broadened to both parents having to be Ivorian. Consequently, Ouattara was disqualified from the October 2000 presidential election. Guei claimed he had won, and the FPI's Laurent Gbagbo also claimed he had won; there was a popular revolt, Guei fled, and Gbagbo was installed President.

The major fallout of the 2000 election was that the significant migrant population - who are still called 'estrangers' (strangers) by other Ivorians - felt that they, and the man they regard as their leader, Ouattara, had been disenfranchised. Considering the significant contributions that they had been making to the Ivorian economy, they had a legitimate claim to citizenship (relaxation or abolition of 'Ivoirite' conditions) and enfranchisement. The lack of citizenship, or at best, second-class citizenship and disenfranchisement, became leading motivating factors in the rebellion, which resulted in the civil war in 2002 that led to the breakup of the country.

The civil war was finally settled in the peace deal of March 2007, with conditions that included the disarmament of the New Forces rebels, their reintegration and enfranchisement, along with the enfranchisement of the migrant community. This whole exercise was to be supervised by the UN. It has not been carried out effectively, and has consequently, been a major factor in the problems being faced by the nation currently. The UN was also empowered by the peace deal to certify election results.

In the absence of disarmament, the Africa Union (AU) and UN Security Council approved the extension of President Laurent Gbagbo's term, which should have ended in October 2005, to October 2006. Then in November 2006, it was extended for another year, to November 2007. But, after the peace deal of 2007, knowing that the disarmament and reintegration conditions in particular were not being met, and fearing that enfranchisement might lead to electoral imbalance in favour of Ouattara, Gbagbo postponed the election to November 2008, and then postponed it a few more times. Finally, under pressure from the UN, France, and the US in particular, Gbagbo agreed to hold the election in November 2010, and allow Ouattara to run, even though he still did not satisfy the citizenship requirement. Also, Gbagbo agreed to a new Electoral Commission, headed by a Ouattara supporter, ostensibly to balance the Constitutional Council, whose membership he had appointed as president.

In France and in the Ivory Coast, and virtually every other former French colony, the Constitutional Council certifies and declares election results, after the Electoral Commission collates the results. These roles were not changed for the November 2010 presidential election in the Ivory Coast. This fact notwithstanding, the UN, with support from France, the US, and other western countries, encouraged the Electoral Commission to declare the election results - in contravention of the constitution and electoral laws of the Ivory Coast, but in the belief that it constituted the certification of election results that the UN was to do! The Constitutional Council, in the exercise of its constitutional and electoral duty of certifying the results, reviewed the complaints of Gbagbo's party, that in some provinces of the north the voter turnout had been as high as 150% of registered voters.

In the interest of peace, the best course of action should have been the re-run of the election in the provinces invalidated by the Constitutional Council. The UN, France, and the US in particular, have rather been interested in installing Ouattara as president. Why?

First, we mustn't lose track of the fact that the leading supporters of Ouattara, who are Sarkozy and Obama, are both sons of immigrants who have become presidents of their nations, so they have an affinity for Ouattara from this shared background. Sarkozy is the son of a Hungarian immigrant man who married a French Jew. And, as is well known, Obama is the son of a Kenyan student who married an American woman. But, both Sarkozy and Obama satisfied the citizenship requirements of their nations for running for president. Although Ouattara did not satisfy the citizenship requirements of Ivory Coast, Sarkozy and Obama pressurised and got Gbagbo to allow Ouattara to run on the argument that that was the only way of ensuring peace.

Second, the UN and the western countries are supporting Ouattara because he is friendly to them. Whereas Gbagbo is a nationalist who has been trying to gain control of the Ivorian economy from the French in his years as president, Ouattara did not show any such tendencies as Prime Minister, and has not shown any since then. Thus, in Ouattara the French, Americans, and other western powers can continue controlling the Ivorian economy - in other words, neo-colonialism will be writ large.

Now to ECOWAS and the AU
These two bodies have blundered. They have bought into the western propaganda that since the Electoral Commission declared Ouattara the winner, it means that he won the election - when, at the very least, the Francophone countries do know that it is the Constitutional Council that certifies and declares election results. Moreover, the leaders of African countries that have also had disputed election results, seem to have forgotten that the UN and western powers did not intervene to install a winner - so, uncritically, they are not asking themselves why it's being done in Ivory Coast.

The granting of full citizenship and enfranchisement of the migrant population in the Ivory Coast is the fundamental issue. Installing Ouattara as president would not resolve this issue, especially, since the election result is in dispute. It will only sow seeds of deep discontent, which will fuel civil strife. To avert this outcome, the granting of full citizenship and enfranchisement should be done properly, and then the election should be re-run.

The instability in Ivory Coast is already having refugee, humanitarian, security, and economic effects in neighbouring countries, particularly Ghana and Liberia. If the civil strife worsens, these effects will be greater, and will destabilise the entire Economic Community of West African States (ECOWAS) region.

Thus, ECOWAS and the AU should change their stance, and ensure that the granting of full citizenship and enfranchisement is done properly, and the election re-run as soon as possible.

President J. E. Atta Mills was right in opposing military intervention, although this position has been fudged for obvious diplomatic and political reasons. We, in Ghana, will bear the brunt of instability in the Ivory Coast, so our president has been right in advising that peaceful means of resolution should be exhausted. Yes, dzi wo fie asem isn't a bad policy.

The disarmament of the rebels, which was to be supervised by the UN, has been incomplete, leaving the rebels militarily strong. This is the main reason why the rebels have been able to march across the country, take control of San Pedro and other cities, and are now trying to take control of Abidjan. A cease fire must be imposed immediately, otherwise, there will be more violence, and the Ivory Coast will descend into more chaos, civil strife, and then civil war.

African leaders should take the lead in arranging for an immediate cease fire. If they don't, a bad precedent will have been set. If there is an electoral dispute, one party should secure foreign support and militarily take over? Is

that the way we want Africa to go? NO! Elections must surely be held, and then results must be declared, in line with the constitution and electoral laws of nations. The results must then be accepted by all parties.