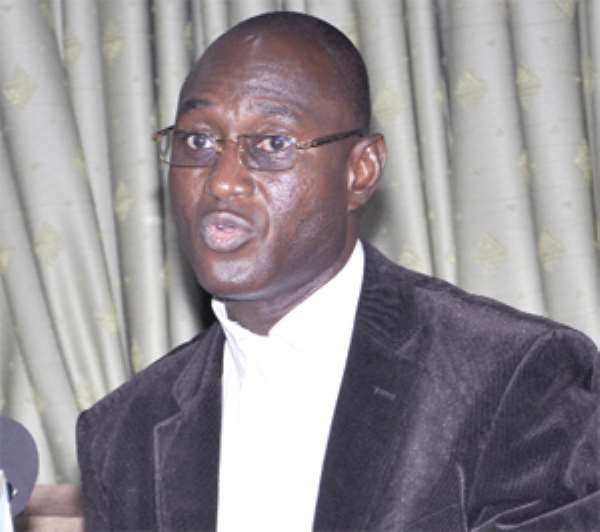 The Chairman of the 2010 Advisory Board of the National Food and Agriculture show (FAGRO), Philip Abayori announced his resignation at a press conference held at the conference room of Ghana Trade Fair Company in Accra yesterday.

FAGRO is an annual show, which seeks to provide a platform for farmers and participants to learn about the modern techniques of agricultural marketing, appropriate and modern use of farming technology and farm business management such as laws and policies, access to land and water and conversation practices.

Mr Abayori, who also announced the dissolution of the 2010 advisory board that supervised the hosting of the event, said his decision was due to a number of negative issues after the event, which seeks to promote agriculture.

'FAGRO 2010 Secretariat is involved in a huge financial scandal. It owes the Ghana Trade Fair Company, farmers and others over GH¢30, 000,' he stated.

The other advisory board members include Yaw Effah Baafi, Deputy Minister of Food and Agriculture in charge of Crops, Professor Sammy Sackey of the Biochemistry Department of the University of Ghana, Ofori Amanfo of the Ghana Trade Fair Company, Seth Wilson, Administrative Manager of the Greater Accra Poultry Farmers Association and Akorfa Edjeani-Asiedu, Proprietress of Fali's Hotpot, Accra.

Meanwhile, a statement issued by the Chairman of the Council of Elders of the National Farmers and Fishermen Award Winners Association of Ghana (NFFAWAG), George Stanley Alokodongo, said:

'The association from henceforth has broken alliance with INFOCUS PR and FAGRO Secretariat for the reason that the way and manner they acted during and after the FAGRO 2010 Fair was inappropriate and scandalous, and a cause of concern to all farmers and fishermen and the entire agricultural community in Ghana.'