THE TIME IS UP 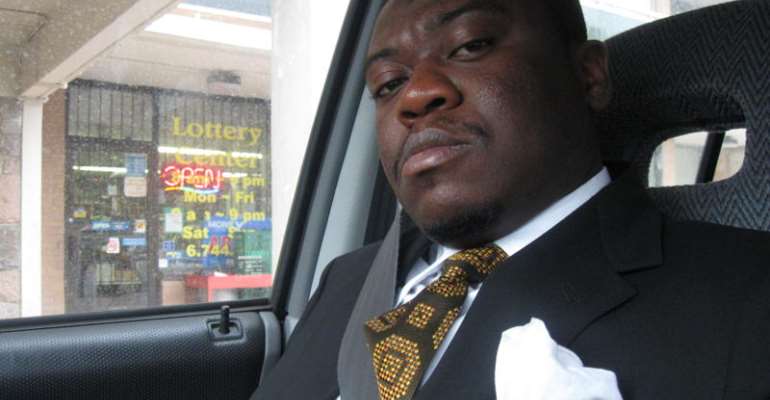 One particular thing that I learnt from my magic mentor Mr.A.C.Ohene, when working under him as a budding journalist at the Chronicle newspaper, Koforidua office at the time was punctuality.

A gentleman as he is will never take any excuse for reporting at the office late or going to cover assignment late as his reason has always been that the journalist must set an example for others to follow.

This helped me so much to the point that sometimes the story itself from assignment was not what the speakers said, noted or observed but rather the starting time of the event, what happened before, during and after the event which gave me good stories to file for publication.

Punctual as I was also made me to take note of how security personnel especially those that form the presidential convoy value time when undertaking their duties by transporting the president to and from events.

For instance, I witnessed an incident where the former president J.A.Kufuor, after touring the Eastern Region and resting at the regional residency, decided to have a chat with some personalities who have called on hm. Then one of his security advisers came to inform him,”MR.PRESIDENT YOUR TIME IS UP”.

Right away he concluded the conversation and was ushered into his car and he embarked on his return journey to Accra with the callers following up to the castle at a later date which was successful.

Fellow readers I am giving this scenario for us all to take note how time is important in our daily lives especially in this era where signs are clearly indicating that the second coming of Jesus Christ is right here with us and the need to realize that time is up for us to repent and be saved before the trumpet sounds.

I am compelled to share with you an experience my supervisor went through and shared with me which indicates that really Christ is telling us that the time is up for us to start preparing since he could come any moment from now.

Any time I remember what he told me, goose pimples is seen all over my body as I try to picture how it will be in real state and not imaginary or drama and what will happen to me or other people.

This supervisor was a born Muslim but accepted Jesus Christ 12 years ago but again was not having full relationship with Christ until last November when something strange happened to him which led to his spiritual acceptance of Jesus Christ.

He called a friend who invited him to church and he honoured the invitation. Sitting at the back roll, the preacher not knowing him, pointed at him said please come forward that Christ has been looking for you all these while. After prayers he has never cease praying and praising God and has been experiencing his presence in his life ever since.

But his spiritual encounter with Christ has never been easy for him as he continue to experience spiritual battles day in and day out but in all these battles Jesus has been victorious for him as he defeats his foes.

Then came in three of visions he had recently which has been empowering him the more to get more prepared for the second coming of Christ which I will also like to share with you today to start making your mind.

The first dream came where he was traveling to a foreign destination and was packing his baggage then a voice told him,” hurry up the time is up”. The wife asked him why he was in a rush for after all the flight will not leave you unless you board the plane.

Second dream was when he got to the airport and the announcement was consistent calling him that the flight time was up and that he needed to board the flight to take off soon.

Then the third dream came when he was to board a boat from a place which was on fire to cross a big river to safety and was delaying. Then a big voice from a man in white apparel with his hands stretched beckoned him “come on board the boat, you have no time to waste to cross over to safety”.

Fellow Christians, we must accept that we are living in a place which is spiritually on fire and have to cross over to safety. The world these days is full of sin, disasters and destruction.

Jesus Christ is the boat that we must run to him to carry us over to a place of safety which is the heaven that he has prepared for us. But it must be made plain that we can never be there unless we confess our sins and accept him as the son of God and savior who came to die for our sins.

Are you aware that there is a bill currently being prepared which when later passed into law in the U.S.A will bar anybody from speaking against minority group of religion or gay and lesbian practices if one does and can face jail sentence between 10 to 15 years?

Are you aware that a section of minority religious groupings in America are pushing for banning of great evangelists to appear on television and preach to people to accept Jesus Christ and have everlasting salvation?

Let me inform you that a gentleman spoke against a minority religious group in Holland and currently he is serving a jail sentence.

Stop using your internet to browse websites that are not necessary, uninformed not Christian based and can not help you have eternal salvation in Christ. Visit www.rithamcpherson.com and read letters from wisdom and follow the trend of events and compare to prophesy in the bible to make your own judgment.

You can Google 100 Huntley street ministries and watch videos as well as read knowledge packed articles that will help you accept Jesus Christ in this end time era.

Finally readers, it could be felt that Jesus Christ is very close to us but just giving us a grace period to repent and be saved and failure to do so will lead us into eternal destruction.

May his love and mercies fill our hearts to become obedient and accept him as his personal savior so that should the trumpet sound even now we may not perish.

Amen.
YOU CAN SEND ME A MAIL THROUGH, [email protected]

Airbus scandal: Gov't to fight for $30 million compensation ...
1 hour ago