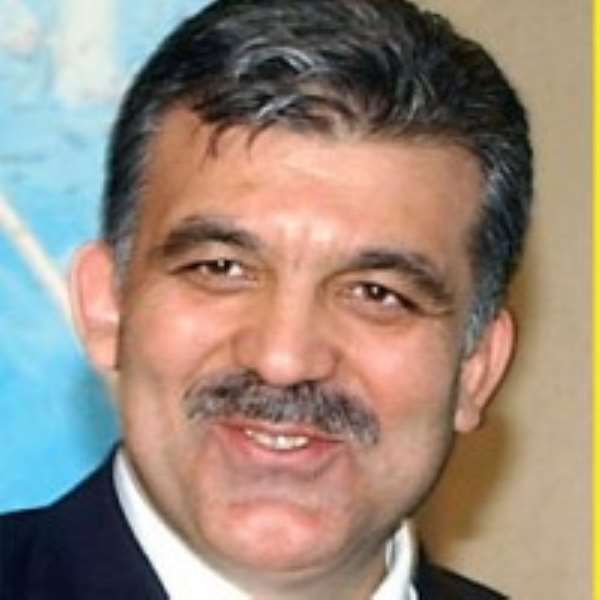 AS PART of his official visit to Ghana, President Abdullah Gul of Turkey yesterday addressed the country's legislature, further deepening bilateral relations between the two countries.

However, members of the Parliamentary Press Corps and other journalists who were present to cover the address of  President Gul were left in the dark as they could not understand the Turkish leader speak in Turkic language.

Journalists sat at the press gallery like deaf people, wondering what President Gul was telling the country's legislators, because of their deficiency in Turkic.

Whiles Members of Parliament (MPs) were provided with translation devices to receive the fraternal message from the Turkish leader, members of the Press Corps were ignored, leaving them glued to their seats like deaf people.

The journalists had to rely on second-hand information from the some MPs, after the address, to file their reports.

Even the Harsard Department, which records the official proceedings of the House, DAILY GUIDE learnt, could not immediately capture the address as it had technical challenges understanding the Turkish President.

President Gul, who was in the country for a state visit at the invitation of his Ghanaian counterpart, Prof. John Evans Atta Mills, centered his almost 30-minute address on bilateral relations between Turkey and Ghana, particularly in the areas of education, health and energy.

Extolling democratic credentials of Ghana, President Gul indicated the country was a model of democracy for Africa because of its enviable record in conducting multiparty elections within the continent.

Turkey, he indicated, was ready to go into partnership with other countries based on mutual interests in the areas of education, health and energy, calling on Ghana to take advantage of the opportunities available to both countries.

According to President Gul, Turkey was the sixth largest economy in Europe and 16th in the world and that its partnership with Ghana could bring mutual benefits to the two countries.

Speaker of Parliament Justice Joyce Bamford-Addo welcomed the Turkish President to the House with warm greetings of Akwabaa (welcome) and expressed the delight of Ghana's legislature in hosting him in spite of his tight schedule.